Ben Stokes will lead the side in the absence of Joe Root. 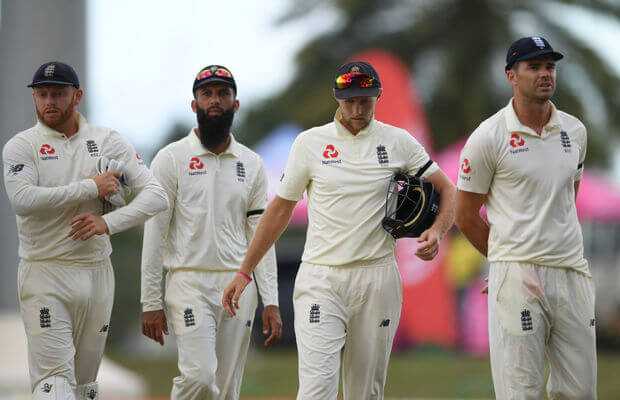 England squad for the first test against West Indies, starting in Southampton on July 8, has been announced on Saturday.

Jonny Bairstow and Moeen Ali were left out from the 13-man England squad and the nine-man reserve list.

It was confirmed that Ben Stokes will lead the side in the absence of Joe Root, who misses the game due to the birth of his second child.

Bairstow last played a Test at the Oval against Australia last year and was dropped following a poor season. Bairstow only managed two fifties for an average of 18.55 in 10 Tests in 2019.

While Moeen’s last appearance was made against Australia during the first Test of the Ashes series held last year. Since then, Moeen had taken a break from red-ball cricket but had constantly reiterated his decision to eventually make a comeback.

tweet
Share on FacebookShare on TwitterShare on PinterestShare on Reddit
Saman SiddiquiJuly 4, 2020
the authorSaman Siddiqui
Saman Siddiqui, A freelance journalist with a Master’s Degree in Mass Communication and MS in Peace and Conflict Studies. Associated with the media industry since 2006. Experience in various capacities including Program Host, Researcher, News Producer, Documentary Making, Voice Over, Content Writing Copy Editing, and Blogging, and currently associated with OyeYeah since 2018, working as an Editor.
All posts bySaman Siddiqui