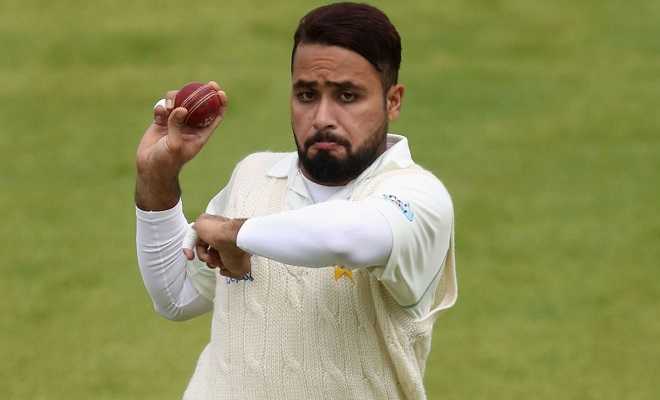 Head coach and chief selector Misbah ul Haq has recalled Faheem Ashraf and Bilal Asif for the upcoming test matches against Bangladesh. The duo comes in place of Usman Shinwari and Kashif Bhatti.

Bilal Asif was the 2nd highest wicket-taker in the Quaid-e-Azam trophy with 43 wickets. While Faheem Ashraf picked up eight wickets in three matches and scored 118 runs at an average of 59. However, he was injured during the Sri Lanka series and also missed a number of QEA trophy matches.

The off-spinner has played six test matches so far and his selection is based on the likelihood of Bangladesh playing two to three of left-handers in their top six. Kashif Bhatti who was picked for the Australia and Sri Lanka series has now been dropped without playing a test.

Faheem Ashraf has been brought in as an all-rounder to give the team an option to play five bowlers. He last played a test match against South Africa in January 2019.

“The Test team is in good shape after winning the last Test against Sri Lanka,” coach-cum-selector Misbah-ul-Haq said. “But now we have a different opponent, we haven’t made a lot of changes but still only two changes. We went with four fast bowlers in the last test in Pindi (Rawalpindi) and that’s why we have included an allrounder (Ashraf) if we get the same conditions.

“Bilal Asif has been brought in because of left-handers and it gives us a different option if we need it. In the last series against Sri Lanka, if we consider the wicketkeeper as a batsman, we needed a bowler at No. 7 who can bat. Faheem took five wickets in the final and gives you cushion to score runs too, but we consider him as a bowler. We will try to play with an experienced team in the Test matches; we have a settled batting line-up but have also have back-ups.”

The head coach lamented the scheduling of the test tours and raised concerns about how the players would adjust from one format to another in a short span of time.

“It’s very difficult not only for me but for the players too,” Misbah said. “If the player has scored a century in his last Test and then plays with a lot of gaps, it’s too difficult. When you play back-to-back Test series it gives you rhythm. It’s a very tricky situation for the team when you play with a gap of two-three months.”

The first test match is scheduled from February 7th to 11th. Subsequently, Bangladesh will return in March to play a solitary ODI and the second test.