Supreme Court had ordered elections in PFF earlier this month 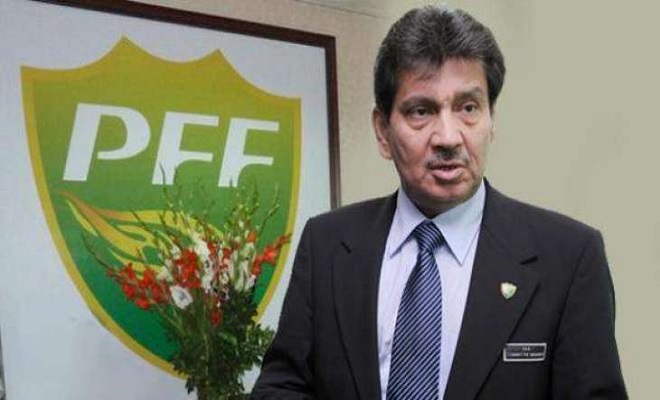 Pakistan Football Federation’s (PFF) President Faisal Saleh Hayat claimed that he is set to win the PFF elections if they are held under the PFF and FIFA rules.

Talking to ‘The News’ the former parliamentarian said “I think there is no issue if elections are held under PFF and FIFA rules. I have the majority in the PFF Congress.”

There was news that Punjab Football Association’s (PFA) President Sardar Naveed Haider had fallen out with the current President and side with the opposing group.

However, Naveed is facing a stiff challenge as the PFA Executive Committee announced unconditional support to Faisal Saleh Hayat.

However, Faisal warned the government that any meddling in the election could lead to another ban from FIFA.

“If fair elections were not held Pakistan might face FIFA sanctions, which would be disastrous for the sport and destroy the future of our youth,” Faisal said.

FIFA had given PFF until March 2020 to hold new elections but the Supreme Court order has changed that situation. MNA of the ruling part from Multan, Malik Amir Dogar and Khyber Pakhtunkhwa Football Association’s president Syed Zahir Shah are set to contest for the post of President PFF.

Football in Pakistan has taken a hit due to internal wrangling. Pakistan were suspended for a period and didn’t play for 3 years. Things however, are slowly turning with the national team now playing relatively regularly and a foreign coach has also been hired.

However, the long tenure of Faisal Saleh Hayat has been marred with corruption allegations and sheer incompetence. Things have turned for the worst. Pakistan Football perhaps needs a few new start.