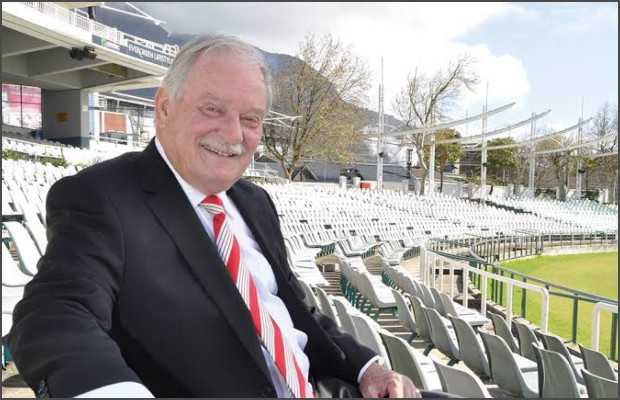 Former England cricketer turned commentator Robin Jackman passed away at the age of 75.

He played 4 Tests and 15 ODI for England and took 14 Test wickets and 19 ODI wickets.

But he had a prolific domestic career playing for Surrey, picking up 1402 wickets in 399-game first-class career between 1966 and 1982.

He later moved to South Africa and moved into the field of cricket commentary after his cricket career.

Jackman was called ‘Jackers’ as he went on to become one of the most popular commentators in the sport.

We are saddened to learn about the death of legendary commentator and former England bowler Robin Jackman, who has passed away aged 75.

The thoughts of the cricketing world go out to his family and friends during this difficult time. pic.twitter.com/J0fw99qoXC

Rip #RobinJackman A great friendly and funny host earlier in the year in Cape Town pic.twitter.com/73AzNrITSU

I owe my curiosity of cricket to commentator #RobinJackman who made me want to learn more of the nuances, the history and the beauty of the game. A scholar and a gentleman has left the building. RIP Jackers. pic.twitter.com/NcUhdvl6p7