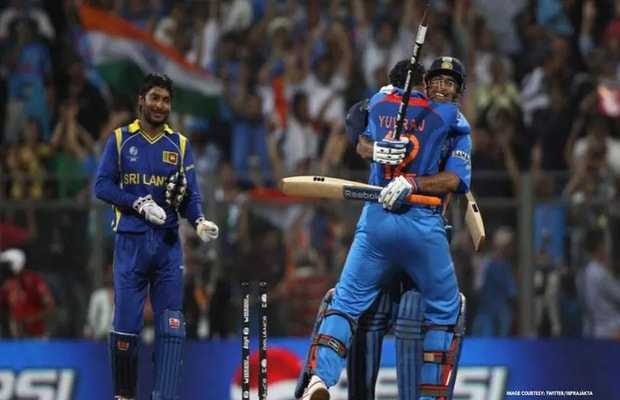 At the WC final, Sri Lanka batted first and scored 274-6 off 50 overs. The SL team looked in a commanding position when Indian superstar Sachin Tendulkar was out for 18.

But India turned the game dramatically, owing partly to poor fielding and bowling by Sri Lanka, under Kumar Sangakkara’s captaincy.

Aluthgamage is the second senior figure from Sri Lanka to allege that the final was fixed, after 1996 World Cup-winning skipper Arjuna Ranatunga.

“I tell you today that we sold the 2011 World Cup finals,” Aluthgamage told Sirasa TV. “Even when I was sports minister I believed this”, he added, “did not want to disclose” the plot at the time”

Aluthgamage, sports minister from 2010 to 2015, and now state minister for renewable energy and power.

“In 2011, we were to win, but we sold the match. I feel I can talk about it now. I am not connecting players, but some sections were involved,” he said.

Ranatunga has previously called for an investigation into the defeat, he was at the stadium as a commentator,

“When we lost, I was distressed and I had a doubt,” he said in July 2017. “We must investigate what happened to Sri Lanka at the 2011 World Cup final.”

“I cannot reveal everything now, but one day I will. There must be an inquiry,” added Ranatunga, who said players could not hide the “dirt”.

Sangakkara called on Aluthgamage to share his allegations with the International Cricket Council, the global governing body.

“He [the minister] needs to take his ‘evidence’ to the ICC and the Anti-corruption and Security Unit so the claims can be investigated thoroughly,” Sangakkara tweeted Thursday.

Sri Lankan cricket has regularly been involved in corruption controversies, including claims of match-fixing ahead of a 2018 Test against England.

Sri Lanka has introduced tough penalties for match-fixing and also tightened sports betting restrictions in November in a bid to stamp out corruption.

tweet
Share on FacebookShare on TwitterShare on PinterestShare on Reddit
Saman SiddiquiJune 20, 2020
the authorSaman Siddiqui
Saman Siddiqui, A freelance journalist with a Master’s Degree in Mass Communication and MS in Peace and Conflict Studies. Associated with the media industry since 2006. Experience in various capacities including Program Host, Researcher, News Producer, Documentary Making, Voice Over, Content Writing Copy Editing, and Blogging, and currently associated with OyeYeah since 2018, working as an Editor.
All posts bySaman Siddiqui