The saddening news of the WWE Tough Enough 2015 winner was shared by her mother in a Facebook post.

Lee’s mother said: “It is with heavy hearts we wanted to share that our Sara Weston has gone to be with Jesus. We are all in shock and arrangements are not complete. We ask that you respectfully let our family mourn.” 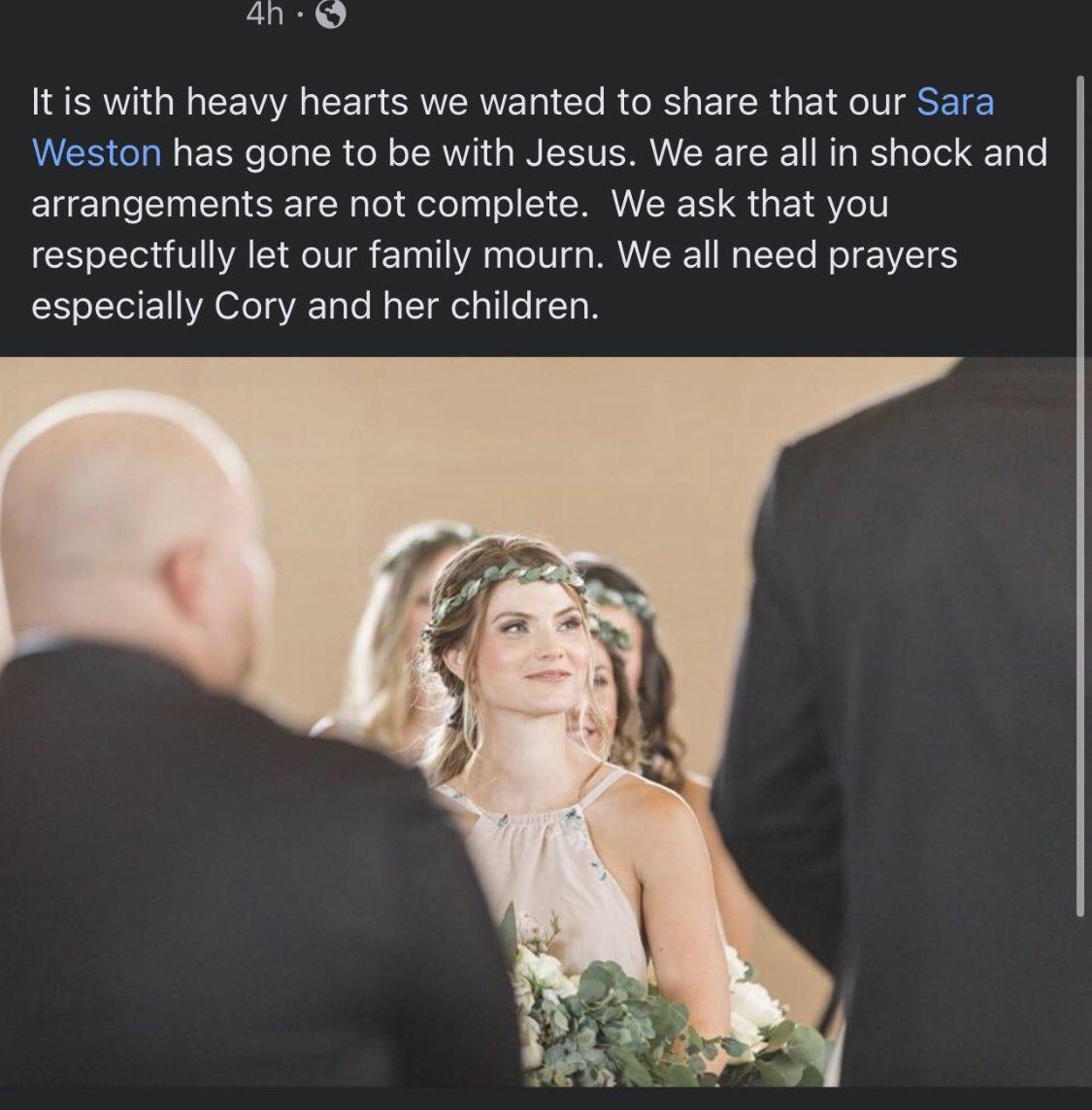 Lee was married to former WWE wrestler Cory James Weston, known as Wesley Blake, and the couple had three children.

Sara Lee, a day before her death posted a message on her Instagram account saying she was celebrating finally being healthy enough to go to the gym two days in a row after a sinus infection.

Condolences and tributes continue to pour in on social media timelines after Lee’s mother broke the shocking news.

WWE paid tribute to Sara Lee on Twitter while sharing the news saying that she was an “inspiration to many in the sports-entertainment world”.

“WWE offers its heartfelt condolences to her family, friends, and fans,” it added.

WWE is saddened to learn of the passing of Sara Lee. As a former "Tough Enough" winner, Lee served as an inspiration to many in the sports-entertainment world. WWE offers its heartfelt condolences to her family, friends and fans. pic.twitter.com/jtjjnG52n7

My heart is absolutely broken 💔 . I am lost for words and I am still in absolute shock. I love you and will miss you eternally Sara Lee. pic.twitter.com/DZueVhj2Mm

Everyone at BT Sport is devastated to hear of the passing of former WWE Superstar and Tough Enough winner, Sara Lee.

Our thoughts go out to her husband, two children, family and friends at this extremely difficult time. pic.twitter.com/Xip8IjA7vo

This is heartbreakingly tragic. Sending love to her family. Very sweet human who I got the pleasure to know and work with. 💔 RIP Sara Lee pic.twitter.com/bGZ9FZNnXj

TOUGH ENOUGH
Sara Lee
'' Gone to be with Jesus " ❤#RIPSara
WWE, yo three kids, yo husband are alone now that you'be gone. pic.twitter.com/cNO32HdTkv

No tweet or amount of words can bring back this beautiful human, but all of my heart goes out to @TheWestinBlake & their family. Sara Lee will be missed greatly. ♥️
The photo on the left is how I will always remember her – laughing, smiling, carefree. pic.twitter.com/XLlLFXDOcF