22-year-old Frenchman was killed in a 170mph crash. 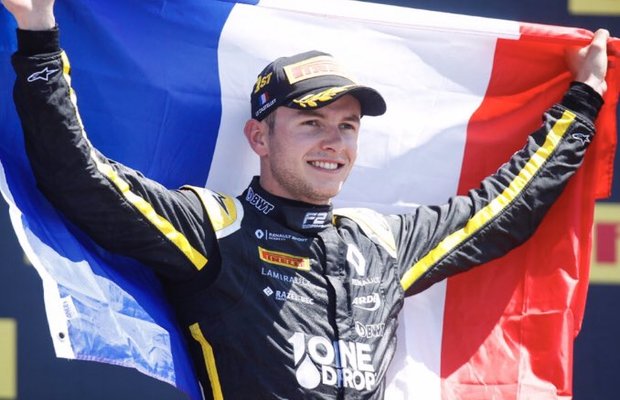 Formula 2 driver Anthoine Hubert has been killed in a crash at the Belgian Grand Prix, the Fédération Internationale de l’Automobile (FIA) confirmed the news.

An FIA statement said that Hubert was taken to the medical center after the incident, and died at 18:35 local time.

22-year-old Frenchman suffered a huge impact from the car of American Juan Manuel Correa at about 170mph at the Raidillon swerves.

Juan Manuel Correa has suffered fractures to both his legs and a “minor spinal injury” in the crash and was taken to hospital by helicopter.

The 20-year-old Correa, as being reported, is in intensive care, however, his condition is stable after surgery.

“Juan Manuel remained conscious the entire time until his admission to the operating room,” a statement said.

After the car crash, the race was stopped and canceled within a few minutes as soon as the potential seriousness of the accident became clear. 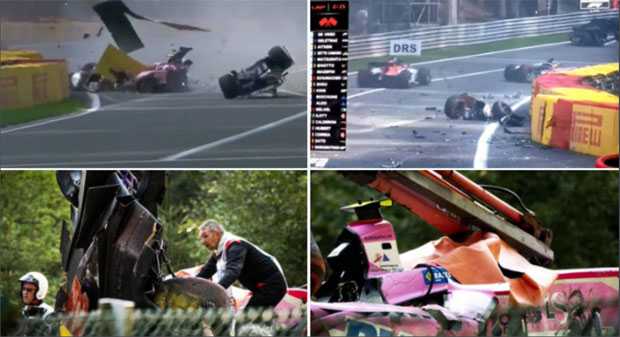 Formula 2 announced the cancellation of Sunday’s sprint race at Spa “out of respect”, while the Formula 3 race to go ahead.

Hubert was driving for the BWT Arden team, was at the eighth position in the championship and had scored two wins this season, in Monaco and France. He was also part of Renault F1’s young driver programme.

In a statement, Renault said: “Anthoine was a member of the Renault Sport Academy and raced in the FIA Formula 2 Championship, the final ladder to F1.

As reigning GP3 champion and member of the Equipe de France, FFSA (French Federation of Motorsport), the Frenchman was a huge talent who also brought great energy and positivity to his championship, his teams, and the Renault Sport Academy.

His smile and sunny personality lit up our formidable group of young drivers, who had formed tight and enduring bonds.

His strong results in F2 this season, including wins on home soil in Monaco and France, inspired not just the other recruits but also the wider Renault Sport Racing group.”

Racing drivers and teams from across motorsport are paying their tributes to Anthoine Hubert on social media. 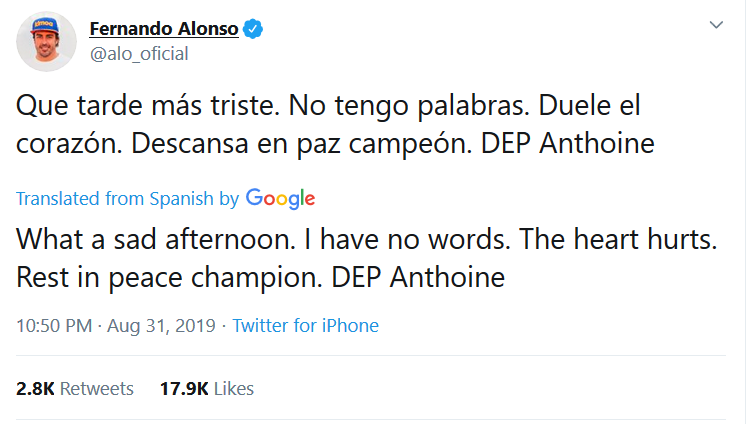