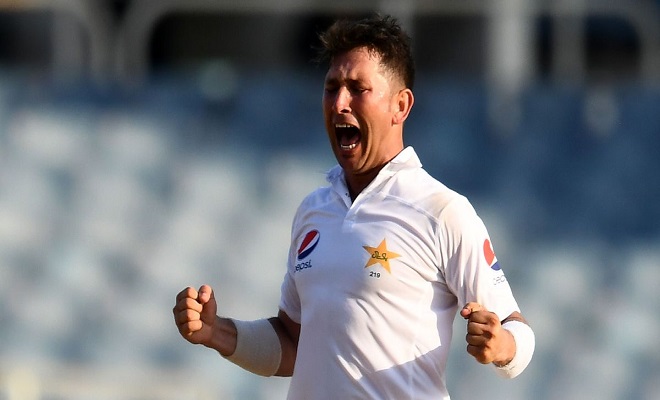 Pakistan were lucky in the 1st innings. Kane Williamson got out to a pretty average delivery of Hasan Ali. Strangled down the leg side, isn’t a planned dismissal. Kane nicked it and Pakistan were like bingpot (Brooklyn nine nine fan). But in the 2nd innings, Pakistan were anything but lucky. It took a superb delivery to get rid of the New Zealand captain.

Having seen Yasir Shah, struggle a wee bit in the past few tests have been odd. We are used to him being all bubbly and excited all the time. He was coming back from injury, and was lacking rhythm. A few days ago, his mother passed away. It must be supremely hard for him to show up for a cricket match. But he was back.

In the 1st innings, it did look better. However, with the Kane’s wicket it really felt like that Yasir Shah was being his old self. Getting in the groove, getting drift and dip, and crucially that little bit of spin to defeat the batsman, yet hit the wickets or the pads. After picking up the most important, he had to battle as BJ Wattling and Henry Nicholls put up a stoic resistant. Pakistan and Yasir kept at it, conceding very little in that session.

With the newish ball in his hands again, Yasir started getting it to fizz. While Nicholls fell trying to sweep, the rest of the wickets were vintage Yasir. Colin de Grandhomme had little idea what hit him. Playing back to a ball, which was pitched up, he was a sitting duck. Watling’s battle was ended with another one of Yasir’s guided missiles snuck underneath his bat, resulting in a LBW. Wagner’s timber was disturbed empathically. Yasir showing us his class. CricViz isn’t covering these test matches, if they did, we would certainly be discussing the percentage of Yasir’s deliveries  which would have hit the stumps.

Nonetheless, it was fantastic to see the spin king back in form. If the batsmen had supported him a little bit yesterday and also in the series, New Zealand will be in serious trouble.