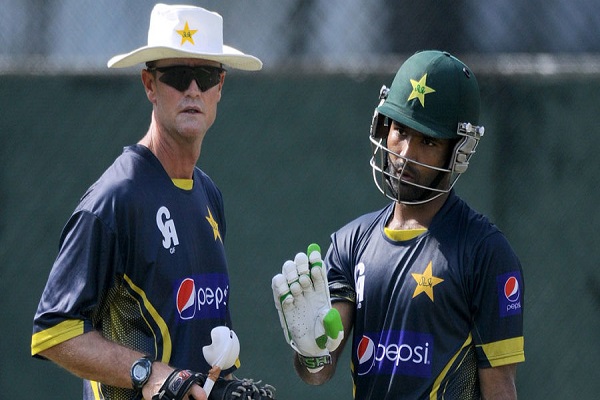 Pakistan team’s batting coach Grant Flower has displayed satisfaction in the performance of back up batsmen against Australia, despite a 5-0 loss. In the series, both Mohammad Rizwan and Haris Sohail scored two centuries, and debutant Abid Ali was also able to score a debut ton. According to Flower, this bodes well for the future of the team.

“It was always going to be difficult to beat Australia given how many players we were resting, so in that sense the series result appears worse than it perhaps is,” Flower said. “Rizwan’s been playing well, but he looked more in charge of his own mind this time. Less frenetic and paced his innings better. He’s good enough to bat in the top four, but I also think he’s versatile enough to play lower down. He doesn’t have the power-hitting, but he can still find the boundaries and the odd six and do a job. His running between the wickets is among the best of our players.”

Similarly, he praised Haris Sohail for the work he has put in to improve his fitness.

“Haris is a class player and he showed that. His knee’s getting stronger now, and he’s working a lot harder at his fitness. He’ll be the first to admit he didn’t put in the hard yards quite as much earlier in his career, but he’s seeing the benefits of the work he’s putting in now.”

However, Abid Ali was cautioned that he needs to work on his fitness despite the great start.

“Abid’s century was of course brilliant to see. I wasn’t expecting it, since we hadn’t done much work with him before the series. I’d been told how good he was, but to see him timing the ball as beautifully as he did was very encouraging. Front foot, back foot, offside, legside, you name it. The Australians were very impressed by him. Just that his fitness [issue] showed at the end, otherwise I’m sure he would have won the match for us.”
He also confirmed reports that a few players couldn’t pass the yo-yo test before the Australia but were selected anyway. However, for the World Cup, failing the yo-yo test would be the player wouldn’t be selected.

“There was a fitness test done at Sharjah cricket ground where everyone was tested. Some of the guys didn’t pass that test; Abid was one of them. But that was simply a wake-up call as to what was required. Everyone was told they would have to measure up to the minimum 17:4 in the yo-yo test if they are to go to the World Cup. Because we were trying our bench players and some guys who hadn’t ever played with the national team, it wasn’t a barrier to taking part in the Australia series, but it will be for the World Cup.”

While, the series against Australia seemed an almighty waste of time for the fans, there were some signs of improvement. It has perhaps helped the team management in the World Cup selection.