Hafeez, Bilal get another chance as Pakistan retain squad for final test

Mohammad Abbas out injured for the final test 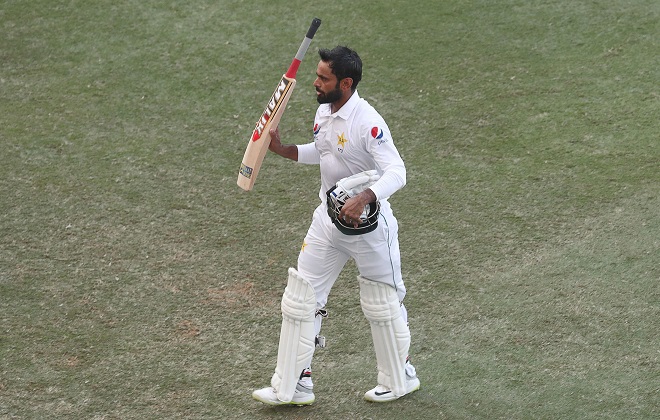 Selector have decided to continue with the same squad for the third test against New Zealand. It was expected Fakhar Zaman and Shadab Khan would make a comeback, but selectors have decided to give Mohammad Hafeez and Bilal Asif another chance.

With Pakistan’s number one pacer Mohammad Abbas out of the reckoning for the 3rd and final test against New Zealand, chances of a debut for Shaheen Shah Afridi look bright. The forced change comes after two seemingly lackluster performances from Mohammad Abbas. The 28 year old, could be out for a considerable period of time. The other option is Mir Hamza, who debuted against Australia picking up a solitary wicket.

Both Mohammad Hafeez and Bilal Asif may count themselves lucky. Hafeez scored a ton on his return to test cricket, while Bilal got a 6fer in the same test. However, their performances have dipped since. Mohammad Hafeez has scored 66 runs in six innings and only picked one wicket. Bilal, has also struggled in terms of taking wickets, picking up 5 batsmen in the last 6 innings.