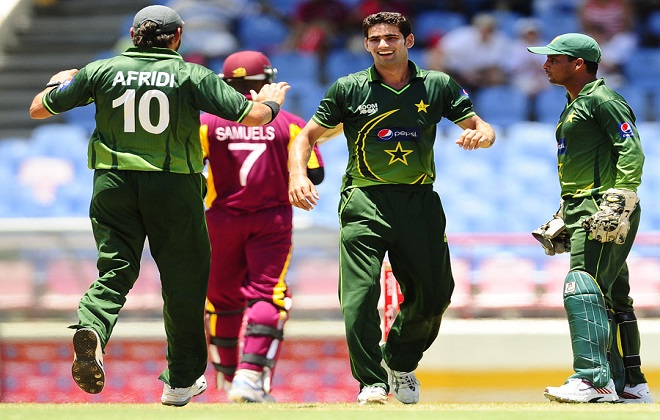 Hammad Azam will soon be 28. It seems like a fortnight ago that we saw his exploits with the bat in the under 19 World Cup. Thanks to social media, he became a household name and replacement of Abdur Razzaq. But he never quite made it. Despite, getting chance his bowling was never good enough and his batting alone didn’t merit him a place in the side.

Despite being part of PSL in the past, he was ignored. Finally, Multan picked him as their 21st player. There were murmurs in the local media about how this move happened. An influential personality’s name was mentioned. Given Multan’s ownership, it could not be discounted entirely.

But yesterday, was the perfect opportunity to deny the naysayers. Hammad, came in at a time where the only option was to hit out. Requiring 18 of three overs, Afridi and Hammad Azam scored 20 of Sohail Khan’s over. Hammad scored 11 runs of three balls to change the equation in Multan’s favour. With 20 required of 12, it now needed smart cricket.

It is an established fact while with the ball Shahid Afridi’s mind works wonders, with bat in hand, the story is much different. An aimless wander down the pitch meant Amir had, him bowled. Hammad facing the last ball of the over had two choices. One, try and make the most of this delivery against a confident Mohammad Amir. Or take a single and try and score 15 of a Sohail Khan, who has had a really poor day. Hammad, took the 1st option and failed. Multan lost the game by 7 runs.

As shown time and again by MS Dhoni, taking the game deep can beneficial for the batsman. Especially in this situation when Amir was hitting the right lengths, both Afridi and Hammad could have decided to target 7 to 8 runs off him and then take 12 of Sohail. Even with Chris Green and Mohammad Irfan, the pacer conceded 8 runs.

It needed cool heads, and a calculating mind. Hammad Azam, showed why he has failed to make the grade in international cricket.