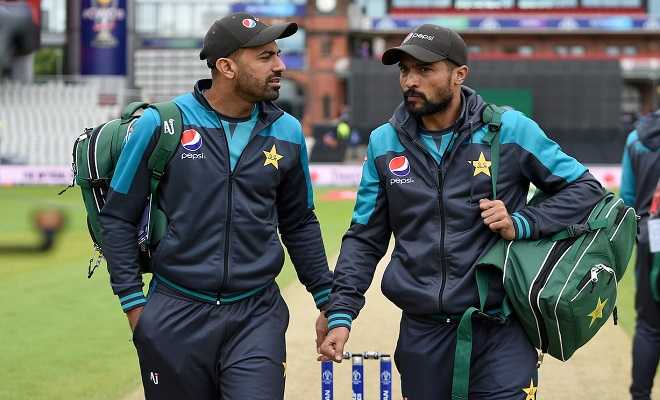 Amir and Wahab decided to focus on white-ball cricket, this was the right move, Misbah-ul-Haq - OyeYeah News
0Share
145Views

Pakistan Cricket Board announced Central Contracts for the 2020-21 season. The notable omissions were fast bowlers Hasan Ali, Mohammad Amir and Wahab Riaz. Sarfaraz Ahmed, however, was given a B category contract. Babar Azam, was handed “A” category contract and named ODI captain.

A total of 18-players were given contracts with three receiving emerging category contracts. In the A category, test captain Azhar Ali, and ODI captain Babar Azam were joined for the 1st time by young pacer Shaheen Shah Afridi. Yasir Shah and Sarfaraz Ahmed were demoted to “B” category contracts.

Naseem Shah who has made a big impression after making his debut along with Iftikhar Ahmed were the two new entrants in the list. However, discarding the experienced pacers remains the main talking point.

“The selectors have made the tough decisions to leave out Amir, Hasan and Wahab but considering Hasan missed most of the season due to an injury and Amir and Wahab decided to focus on white-ball cricket, this was the right move,” said chief selector and head coach Misbah-ul-Haq.

“However, Amir and Wahab are senior and experienced bowlers and they remain in contention as we believe they can still contribute to the Pakistan men’s cricket team and also mentor our young battery of fast bowlers.”

Mohammad Rizwan has been promoted to category “B” after he replaced Sarfaraz Ahmed in all formats.

“Rizwan has been promoted to Category B after being a regular member of the side, while Sarfaraz has been placed in Category B as he very much features in our future plans. We have some tough cricket lined up over the next 12 months where we will potentially require Sarfaraz’s knowledge and experience,” Misbah added.

The head coach was also expressed satisfaction over the performance of bowling coach, Waqar Younus and termed the elevation of Naseem and Shaheen was reward for all the hard work put in by the former Pakistan captain..

“I am delighted for Naseem and Shaheen who have been well-rewarded for their outstanding performances. The two teenagers are the future of Pakistan cricket and I have no doubts that if they remain fit and stay focused, they will dominate world cricket for a long time. Their elevation is also a reward for bowling coach Waqar Younis, who has been working tirelessly on them, but there is still a long way to go for the duo and they have to perform consistently at big stages before they can put their cases of classifying them in the league of bowlers such as Waqar.”

“In the list, we have a strong pool of batsmen and bowlers, which will allow us to strategically rotate our players and manage their workloads. In the meantime, the selectors will continue to keep an eye on the 2020-21 domestic cricket and if they feel strongly that someone needs to be fast-tracked into the national side, then we will not hesitate in giving those top performers such opportunities.”

“The philosophy and criteria for this merit-based central contract list were simple and straightforward: the selectors reviewed player performances in the past 12 months and then looked ahead to our team requirements in the forthcoming 12 months,” Misbah said.

There was some good news for domestic cricketers as well as PCB promised to create enhanced domestic contracts for the upcoming season.

Apart from the dropping of pacers, Imad Wasim being handed a C category contract was a bit of surprise too. Fawad Alam who had made a comeback to the test side also did not receive a central contract.

Pakistan’s next assignment is the tour to England. However, as things stand, there is no guarantee the tour will actually take place.