Ali will leave for Dubai on the first available flight, according to the PCB 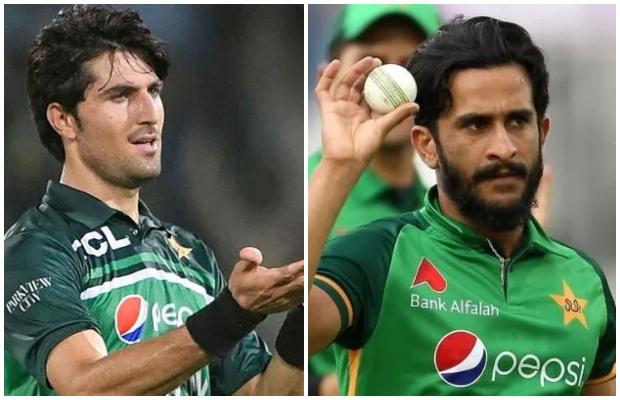 Hasan Ali replaces the injured Wasim Jr. in the Pakistan team ahead of Asia Cup 2022.

In another blow to the Pakistan side, young pacer Mohammad Wasim Jr has been ruled out of playing due to a side strain.

On Wednesday, Wasim Jr. complained of back pain after a practice bowling session in Dubai and was sent to the hospital for tests. It emerges that his MRI report was also unsatisfactory.

Ali will leave for Dubai on the first available flight, according to the Pakistan Cricket Board.

“Fast bowler Mohammad Wasim Jr has been ruled out of the ACC T20 Asia Cup due to a left side strain. He had picked up the injury while bowling in Pakistan’s practice session on Wednesday. The team medical staff assessed the bowler, and an MRI scan in Dubai confirmed the diagnosis,” the PCB said in a press release.

“The findings were discussed with the PCB Medical Advisory Committee, while an independent review by a specialist physiotherapist was also sought. The medical team will closely monitor Wasim’s rehabilitation and his return to competitive cricket will be reassessed before the England tour to Pakistan,” it added.

“Hasan Ali was sought as a replacement player by the team management and the request was accepted by the chief selector. Hasan had been working on his bowling in the National High-Performance Centre for the past three weeks and is presently in Rawalpindi, preparing for the National T20, which commences on 30 August,” the PCB statement added.

Ace pacer Shaheen Afridi is already on the sidelines due to a knee injury.

Pakistan will kick-start its Asia Cup campaign with a crucial match against arch-rivals India on August 28 in Dubai.

While opening match will be played between Sri Lanka and Afghanistan, tomorrow, in Dubai.