PCB had barred him from joining the Pakistan squad after he tested positive for the virus during the first round of testing. 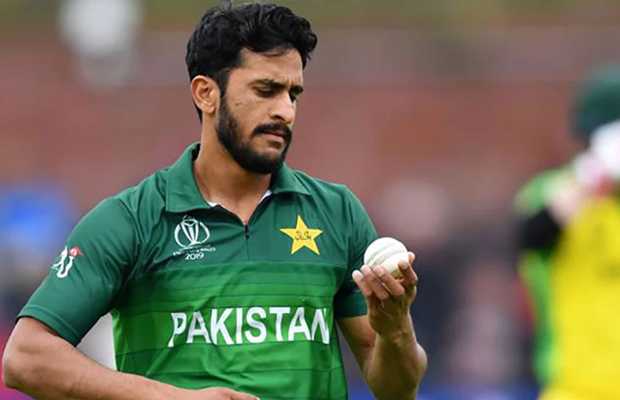 Hasan Ali is reported to have tested negative for COVID-19 on Saturday.

After the negative report, the pacer will now be joining the ongoing training camp at the Gaddafi Stadium in Lahore after clearing another test in a day or two.

So it was Hassan Ali who had contracted coronavirus about which Pakistan Cricket Board (PCB) had notified without naming the player who was included in the Pakistan squad for the South Africa tour.

PCB had barred him from joining the Pakistan squad after he tested positive for the virus on Wednesday, during the first round of testing.

As being reported the 35-member Pakistan squad will depart for Johannesburg on March 26,

Pakistan is scheduled to play three ODIs and four T20Is against South Africa from April 2 onwards.

The teams will play the ODI series first while the T20 series will start from April 10.

The tour will end on April 16 and the Pakistan team will then depart for the series against Zimbabwe.

The team will then fly to Bulawayo on April 17 for three T20Is and two Tests against Zimbabwe.

Pakistan squad is scheduled to return on May 12.

Pakistan squad for the three formats for the South Africa and Zimbabwe tour was announced a week ago.