Hasan Ali to make his English county debut with Lancashire 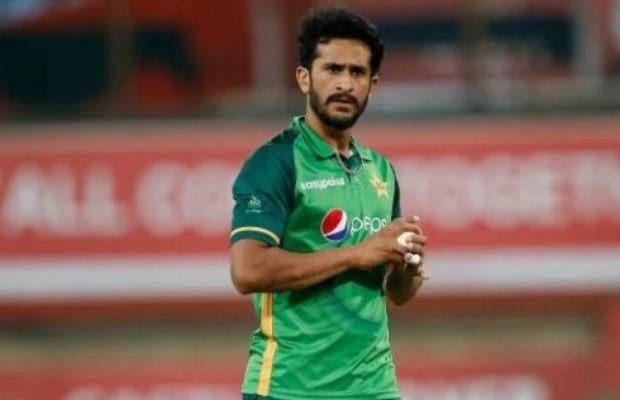 Hasan Ali is all set to make his English county debut with Lancashire!

The 27-year-old Pakistani pacer has been roped in by Lancashire Cricket for the first six matches of the 2022 LV= Insurance County Championship, a statement from the cricket club said Tuesday.

The right-arm medium-fast bowler will arrive at the Emirates Old Trafford on April 1 and will be in contention to make his English county debut against Kent at Canterbury on April 14.

Hassan will be Lancashire’s second overseas player in the Championship alongside captain Dane Vilas.

He will be available until after Lancashire’s match against Essex, which starts on May 19 at the Emirates Old Trafford.

“I am very excited at the prospect of playing county cricket in England for the first time in my career,” Hasan said as he signed the contract.
“Emirates Old Trafford is a stadium that holds special memories for me, after making my T20 International debut against England there in 2016.
“I am very proud to follow in the footsteps of Wasim Akram, a Pakistan legend, who always talks so highly of his time with Lancashire. I can’t wait to join up with the squad in April and I hope to make a significant contribution in the games that I play.”
Glen Chapple, Lancashire’s head coach, said: “Hasan is a high-quality player and has a fine record in first-class and Test match cricket. We believe that his red-ball skills will complement our bowling attack nicely and that the experience he has gained at the international level can bring a lot into our dressing room.”
tweet
Share on FacebookShare on TwitterShare on PinterestShare on Reddit
Saman SiddiquiMarch 2, 2022
the authorSaman Siddiqui
Saman Siddiqui, A freelance journalist with a Master’s Degree in Mass Communication and MS in Peace and Conflict Studies. Associated with the media industry since 2006. Experience in various capacities including Program Host, Researcher, News Producer, Documentary Making, Voice Over, Content Writing Copy Editing, and Blogging, and currently associated with OyeYeah since 2018, working as an Editor.
All posts bySaman Siddiqui