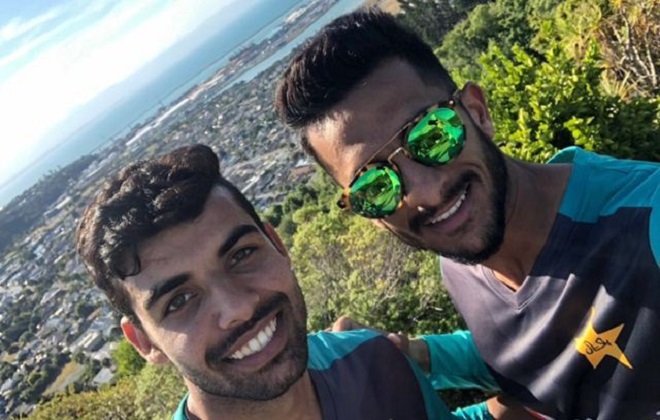 During the PSL draft, Wasim Akram and Moin Khan were asked what makes a good vice-captain by Zainab Abbas. Wasim Akram jumped in quickly emphasizing that in Pakistan being named vice captain meant you can start plotting against the captain. “3 ghantay mai unko lagta hai k mai kaptan kab banjaon.” Moin, agreed saying his relationship with Wasim Akram was of trust and I had no ambition to replace him.

After a while, Shadab Khan came in as a guest. He was asked if he captaincy ambitions. While he was coy initially, the leg spinner did say that he hopes to be the captain one day. Moments later Waqar Younus counted him as one of the candidates for captaincy of Islamabad United. After a long tenure of Misbah ul Haq, and now Sarfraz slowly establishing himself in the role, players perhaps don’t see an opening.

Must be shadab Khan

Things seem to be changing. In fact, such is the camaraderie among the players, they are pushing for each other to be made captain. In a tweeted response to a poll, Hasan Ali suggested that Islamabad United should appoint Shadab Khan as captain. It was a recommendation of a friend, but it does make a fair bit of cricketing sense. Shadab Khan is a one of Pakistan’s key bowlers and his stock has risen ever since his debut. In his talk, it does seem he has a good head on his shoulders.

However, Islamabad United do have other options. Luke Ronchi being the obvious one. The plus side obviously is his experience and importance to the side. The flipside is how woefully Lahore Qalandars did under Bazz. A local captain should always be the preference. Ruman Raees, was in line to succeed Misbah ul Haq, however he is yet to recover fully from his injury. With very little cricket under his belt, United cant be sure how many matches he would actually play.

Nonetheless, it a difficult choice for the defending champions. Would they take Hasan Ali’s recommendation and appoint Shadab Khan. Only time shall tell.