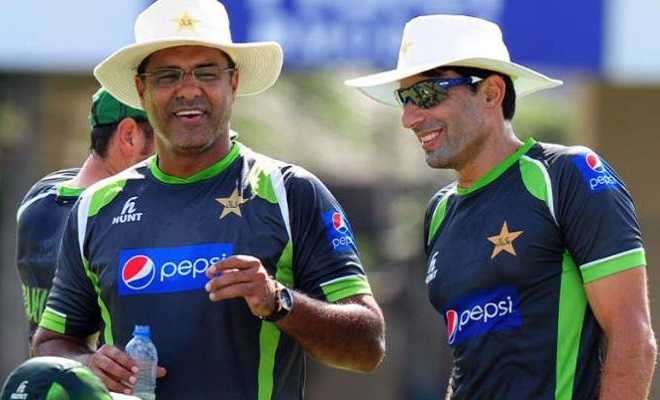 Does this look like a team preparing to play a global event in Australia? Having taken over as the Kim Jong-un of Pakistan Cricket, the first thing Misbah ul Haq did was to dismantle the highly successful T20 team. The rebuild process has been quite peculiar.

Team preparations should be geared towards the World T20 that would be held in Australia in October. But evidently there aren’t. Team management carried Shoaib Malik to the World Cup 2019, despite his horrific record in England and paid the price. The same process is being repeated in here in bringing back Shoaib Malik and Mohammad Hafeez. They might be handy in playing Bangladesh at home against 12 or more overs of spin. But with 70 metre plus boundaries and potentially 16 overs of pace, things are likely to be a lot different. Khushdil Shah is part of the squad but is warming the bench.

On the bowling side, Mohammad Amir, Faheem Ashraf and Wahab Riaz have been shown the door. Haris Rauf, Musa Khan, Mohammad Hasnain and Shaheen Afridi, all wet behind the ears in terms of international cricket make up the pace attack. Would half a dozen T20 make them ripe n ready for the World T20? Perhaps it won’t.

Similarly, a second leg spinner is being carried around. Are we likely to play two leggies in Australia? If Shadab has a couple of bad matches, would it be wise to throw Usman Qadir at the deep end? You know the answer to these questions. Imad Wasim and to some degree Iftikhar Ahmed are occupying the all-rounder spots. Despite having Amad Butt in the squad, spin-twins are being preferred.

Perhaps the is five losses on the trot that has put pressure on the team management. It could be about clinging on the number one spot. The pitch prepared in Gaddafi Stadium did no favours either. Alternatively, this could be the case of the team management deciding that the Australian World T20 comes too soon for this team and they are now focusing on the next World T20 to be held in India.

The excuse of team building will not be accepted by the public and media at large for long. If that is the case, Misbah and co have to come clear. Having broken a working system, the cost of failure would be on him.