Colin Ingram has the highest score in an innings 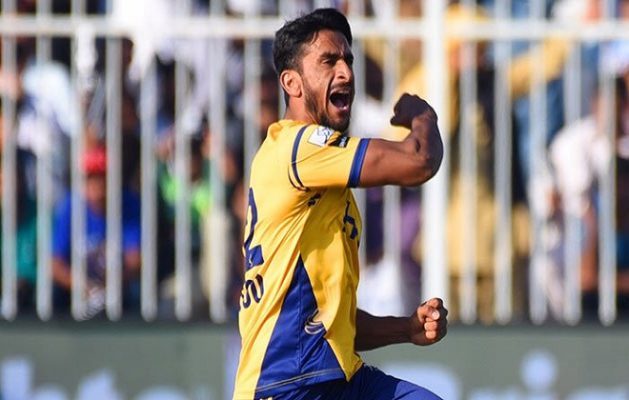 At this 2nd break of PSL 4, Quetta Gladiators lead the league table with 4 wins and 8 points. All teams have played 5 games each and at the other end of the table are Multan Sultans with just 2 points. The usual suspects Islamabad United and Peshawar Zalmi are chasing Quetta with 6 points. Lahore Qalandars and Karachi Kings are both on 4 points.

In terms of individual records, Hasan Ali has been simply outstanding. He leads the bowling pack with 15 wickets. He has had three, 4 wickets hauls. Despite a weak middle order Peshawar are in the running to finish in the top 2 spots thanks to Hasan’s bowling. T20 franchise cricket veteran Sohail Tanvir with 9 wickets, while another left armer Rahat Ali is join 2nd also on 9 wickets. Haris Rauf has lived up to the hype picking up 8 wickets. Wahab Riaz and Junaid Khan have also got rid of 8 batsmen.

With the bat, Umer Akmal is slowing building the case for World Cup selection with consistent runs in the PSL. Quetta through their bowling and Sarfraz’s leadership has been able to restrict opposition in most games. Hence, Akmal has been able to breathe a little when he arrives at the crease initially and he has taken the most advantage. He is top of the pile in terms of run scoring with 200 runs at the strike rate of 136. Another Qalandar, Shane Watson is 2nd with 186 and South Africa Colin Ingram is a close 3rd. He also has the highest score of the tournament thus far with 127*.

As things heat up, Pakistani players would look to perform in big games to catch the eye of the selector. There have been some injury concerns as well. Meanwhile Quetta have two big names yet to join their squad. Also, as PSL comes home, exciting times are ahead for all of us!