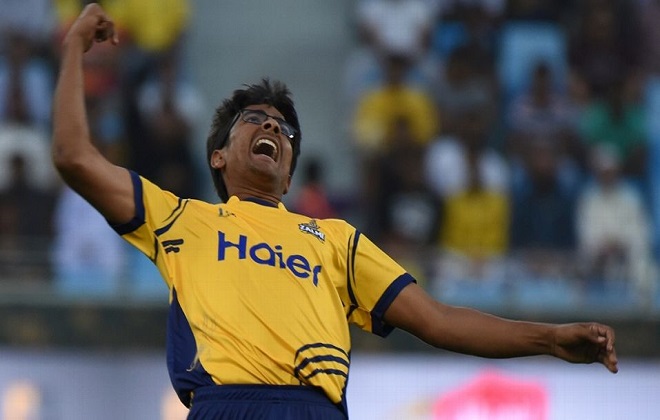 By the time Ibtisam Sheikh came on to bowl, Lahore’s back had been broken. Well, there was Anton Devcich and Agha Salman to deal with. They could have built a small partnership and taken Lahore to a half decent score. We had seen Islamabad United score over 140 after they were 8 for 3. But it didn’t happen. Partly due to the weaker lower late order of Lahore in comparison to Islamabad but also due to how Peshawar didn’t let Lahore off at any point.

Ibitsam Sheikh, who had looked a really good prospect when he initially played for Peshawar has had a year of experience behind him. He school boy look has now been traded for a slicker cut. That is true for his bowling as well. While, there was spin and variation on display last year, in this match he found zip off the wicket which made a world of a difference.

He was dropped from the side by Sammy in his 1st season when the boundaries were brought in (ridiculously in for some). But now we have seen his pace on the ball increase, which makes a more viable option even on which may not suit him. He did beat the batsmen both with his leg spinner and googlie and ended up with 2 wickets for 14. Lahore, gave up early.

Shadab Khan and Imad Wasim seemingly have the two spots in the 11 for the World Cup. But if Pakistan wants they can experiment with two wrist spinners like India. Shadab has looked a bit off color recently. So he could also be given a break against the Australian and we the selectors could look at Ibitsam. He took two very good catches in the outfield to further his case.  However, PSL a long tournament and he would have to maintain the level of his performance to be in with a chance.

Whatever may be the eventual outcome the progress of Ibtisam shows that there is working being done in the sidelines. The talent that was came through at the U19 level and never made the grade in 1st class cricket, has a different pathway to success. PSL franchises may not be producing their own players just yet apart from a couple of examples, but they are certainly developing them.