PCB has faced increasingly opposition from ex-players, administrators and media 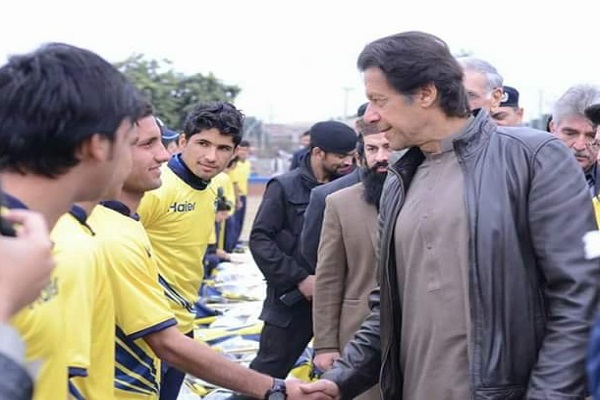 Prime Minister Imran Khan once again reiterated his will to push through with the domestic structure revamp despite continued opposition from various stakeholders. A local government affairs meeting turned into a policy statement with regards to PCB and the push for change.

Imran Khan for decades has proposed a regional system with a limited number of teams. Pakistan cricket since the 70s has worked on departmental cricket as big corporations pump in money to maintain cricket teams. This took some burden off PCB as players got a consistent flow of money and some sort of insurance post-retirement. Regions have played 2nd fiddle to departments and in a way became a supply line for departments.

“The problem is that the system in place here doesn’t allow talent to come through,” Imran said. “Now we are changing it to make it a purely regional one. You have seen the recent PSL – regardless of the fact that not a single player in the Quetta [Gladiators] team was a local, the whole city still followed their team. Everywhere in the world, it’s all about regional cricket, and here they are making noise because we are abolishing departmental cricket.”

PCB has trying to change the model and limit the number of teams to 6 based on Provinces (2 for Punjab) and Gilgit-Baltistan. But there has been considerable resistance. A very public fall out amongst the members of Governing Board was followed by Ex-cricketers including Imran Khan’s close confidant Javed Miandad criticizing the proposed move.

“Javed has his own thinking, but I don’t see any example in the world where banks and sponsors play their teams (in first-class cricket),” Imran argued. “Why is Pakistan the only country doing this? Why are banks giving jobs (to cricketers)? There are a lot of multi-national companies in the world, they can import any player from anywhere to play, but they don’t. So why is only Pakistan playing departmental cricket? There is a lot of money involved in cricket, but the corrupt system is the problem. I can guarantee that nobody can beat this country if we just fix the system.”

Last season 8 regional and 8 departmental teams participated in the Quaid-e-Azam Trophy. With governing board members already going to court, it remains to be seen how effectively Ehsan Mani and his team can achieve Imran Khan’s dream.