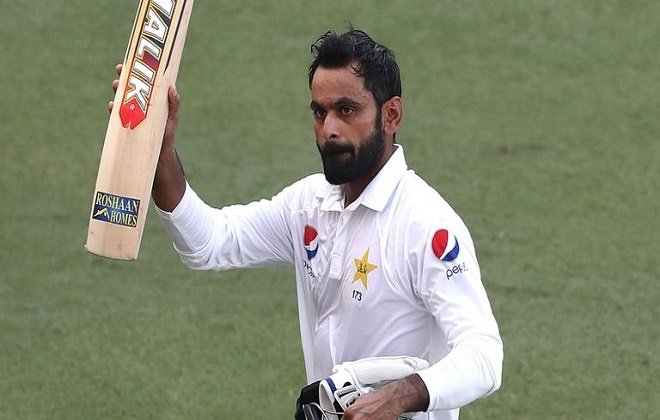 I was reading an interview of a famous Pakistani actor recently. She opened up about how her marriage was for all the ‘wrong’ reasons and she ended up getting an amicable divorce. It was refreshing to see firstly someone opening up and admitting to their mistakes. When Mohammad Hafeez announced his retirement from Test Cricket, it reminded of this interview. Particularly, how starting things for the wrong reason and continuing with them can be a recipe for disaster.

Post 2003 World Cup purge, opened up places for new cricketers. Some were ready, some weren’t. Mohammad Hafeez, the opener was picked by Amir Sohail and Rashid Latif because he could bowl off spin inside the 15 over. Talk about starting off the wrong foot. For the next 15 years, Mohammad Hafeez has made a career as a batsman who was in the side because he could bowl. Especially in Test match cricket his utility as a bowler was limited at best. He has two four wicket hauls in 55 test matches, and all together 53 wickets. Less than a wicket, per test. He was an option in UAE to left handers, but not much else. Now, with a changed bowling action he is no longer effective in that role either. Perhaps, this is what has pushed him towards retirement.

Let us dissect his batting then. For someone who has played 55 test matches, the gaps in his matches tell their own story. He started in 2003 and was dropped for three years. A 95 at the Oval in 2006, was followed by further inconsistency and subsequent dropping. Misbah ul Haq fancied Hafeez a lot as it helped in trail by spin strategy in UAE. So he was brought back in 2010. The next couple of years, Pakistan started building a fortress in the UAE and Hafeez was central to it. For a couple of years, it did look like the opener was finally coming of age. Still his average remained around 41 in that period. 2013 brought the South Africa tour and disaster. Somehow, he survived to have a stellar 2014.

The England series in 2015 was perhaps Hafeez’s careers high point. Starting with a 98, a 3rd innings 151 was the important test innings of his career. Under pressure, the opener delivered when all batsmen around him struggled. It was an innings of substance over style, which the followers of Pakistan cricket craved for so very long. What followed was a typical Hafeez pattern of failure in away games. Another 2 year gap before he was recalled recently against Australia. A 100 on his return was followed by 60 odd runs in the next 4 tests. More importantly perhaps he failed to pick up any wickets, and we saw how reluctant Sarfraz was to use his off spin.

A career full of inconsistency comes to an end. His run in the side signifies Pakistan’s top order problems over the past decade and half. With Imam ul Haq struggling too, Pakistan will go in the South Africa series, with an unsettled opening pair. Or Azhar Ali will be told to do the dirty work once again!