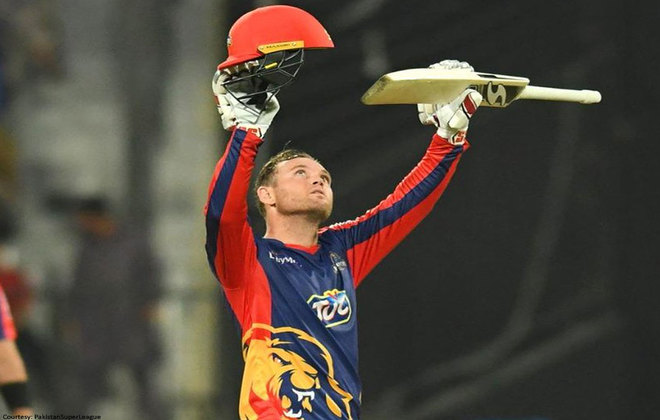 It’s been coming. Sarfraz and his team have found ways to cross the line in the 1st four games. However, there were clear gaps in the squad and in their XIs, which their opponents failed to exploit. Yesterday, Colin Ingram was smart enough to sit on their decent bowlers and take advantage of the lesser ones.

Sohail Tanvir, is a smart T20 operator, especially in UAE. So, Karachi Kings were sedate was against him. Fawad Ahmed has been the best leg spinner on display in the PSL, so no unnecessary risks were taken against him. Unlike Awais Zia, Ingram hit him with the spin. While, the other three bowlers went for over 10 rpo. Nawaz was taken for 12.75, Ghulam Mudassar for 14.66 and Anwar Ali the best among the rest with 10.90.

While, batting 1st teams couldn’t get on top of the bowling. But yesterday, with a set score to chase, Karachi Kings targeted bowlers and fielders. Injury to Sunil Narine and Dwayne Bravo’s going awol 2nd year in a row, has left a gaping hole in the squad. Harry Gurney, fresh from his BBL exploits is in the squad and is likely to come in place of the ineffective Dwayne Smith in the next match. The emerging fast bowler Naseem Shah was reportedly injured. The other option is Mohammad Asghar, the left arm spinner.

Despite racing ahead at the start of the league, Quetta are unlikely to dominate the tournament. Karachi Kings would take confidence from the win, and Islamabad United are going through a characteristic transformation during the season.

Sarfraz Ahmed and coach Moin Khan have their work cut out, trying to make the most of the squad. If Narine and Bravo are to miss a bunch of more matches, it might be wise just to bring in replacements. A fast bowler would be a start!