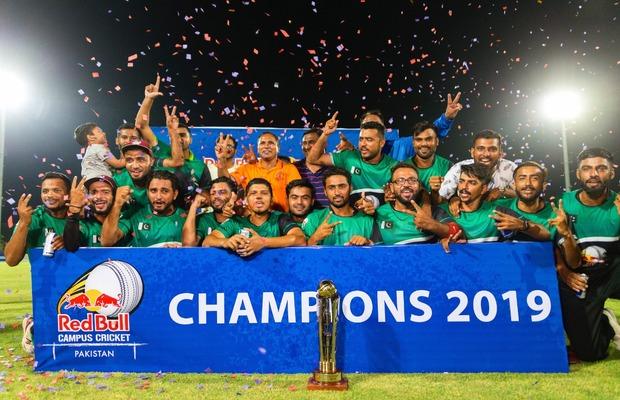 A hush fell over the crowd as anticipation peaked. Two deliveries left, four runs required, and two wickets in hand.

Months of hard work came down to this point and both sides were firm in the belief that theirs was the truer claim to glory.

Yet, there could only be one winner and it was Karachi Knights’ Abdur Rehman who came out on top in the battle of nerves, dispatching the second-last delivery of the penultimate over by Peshawar Markhors’ Nazim Hussain to the boundary.

The thrilling finish marked the end of yet another highly successful edition of Red Bull Campus Cricket in Pakistan and secured Karachi’s spot at the world finals to be held later this month in Dubai.

As the revelry commenced for Karachi, though, no one present at the Moin Khan Academy Stadium was in any doubt that it could have easily been Peshawar’s day too. 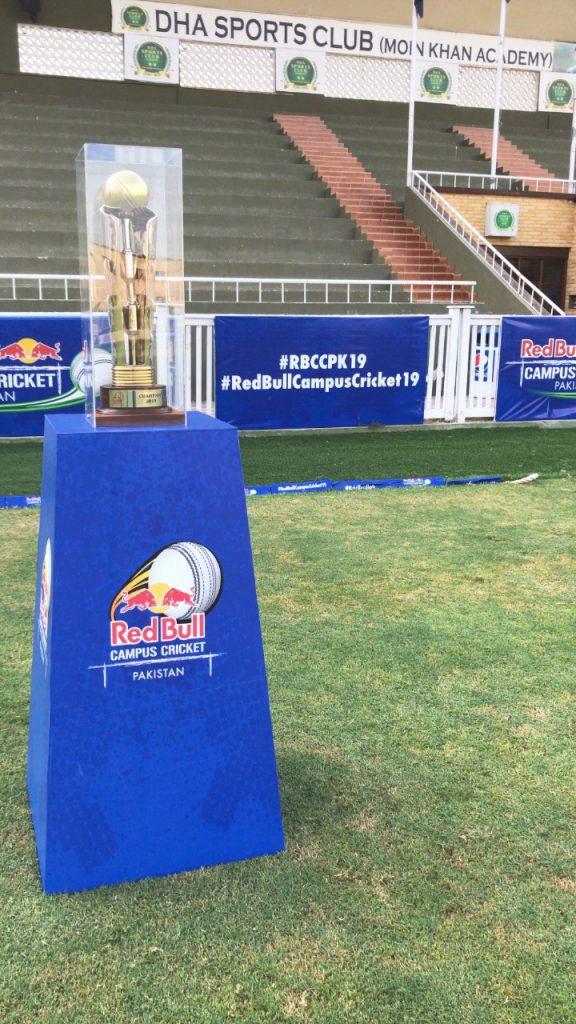 Both sides overcame stiff competition in the Super Six and semi-finals stages, knocking out Lahore Lethals, Multan Infernos, Islamabad Shaheens, and Quetta Thunders to book a spot in the national final.

As has almost become a tradition, this year’s Red Bull Campus Cricket national final was also a low-scoring affair but it was never short on action or suspense.

The two contenders were worlds apart in their approach – Peshawar cut a more focused and strategising figure, while Karachi exuded confidence and a certain degree of nonchalance stemming from past triumphs and unwavering self-belief.

It was Peshawar’s first-ever appearance in the Red Bull Campus Cricket national final and the team from Islamia University was off to a stumbling start after winning the toss and electing to bat first.

Barring their one-down batsman Nawees Muhammad, Peshawar’s top order failed to click and they were soon in deep trouble – first reduced to 13 for 3 and then 34 for 5.

At that point, the writing seemed to be on the wall for the Markhors as the dominant Knights’ bowling line ratcheted up the pressure with a disciplined display focusing on line and length.

However, the top-scorer Nawees found support down the order in the form of the hard-hitting Awais Ali Shah, and the duo notched up a 40-run partnership to guide the Markhors towards a three-figure total.

Their resistance was ended by Karachi’s eventual Man of the Match, Sheraz Hussain, who picked up Shah’s wicket and effectively blocked the flow of runs. Sheraz followed up the vital breakthrough with two more wickets as Karachi bowled out Peshawar for a meager total of 104.

With opener SM Tahami leading the charge, the team from the University of Karachi got off to a decent start and at 50 for 2 seemed well on course for a comfortable victory. The Markhors, though, refused to give up without a fight and they had Karachi down on the mat at 81 for 7 after nicking five wickets in quick succession.

From that point onwards, it was anyone’s game. While Peshawar’s bowlers went in for the kill, Karachi’s lower-order batsmen, Abdur Rehman and Mahmood Ali, held the fort as the chase steadily drew towards a nail-biting finish.

That was precisely what an enthralled audience got to witness. Karachi’s composure and confidence never wavered despite the loss of their eighth wicket in the penultimate over.

Buoyed by the breakthrough, Peshawar could dare to dream but their hopes for a first-ever appearance at the Red Bull Campus Cricket world finals were shattered as the resolute Abdur Rehman guided Karachi to a hard-earned victory with a ball to spare. 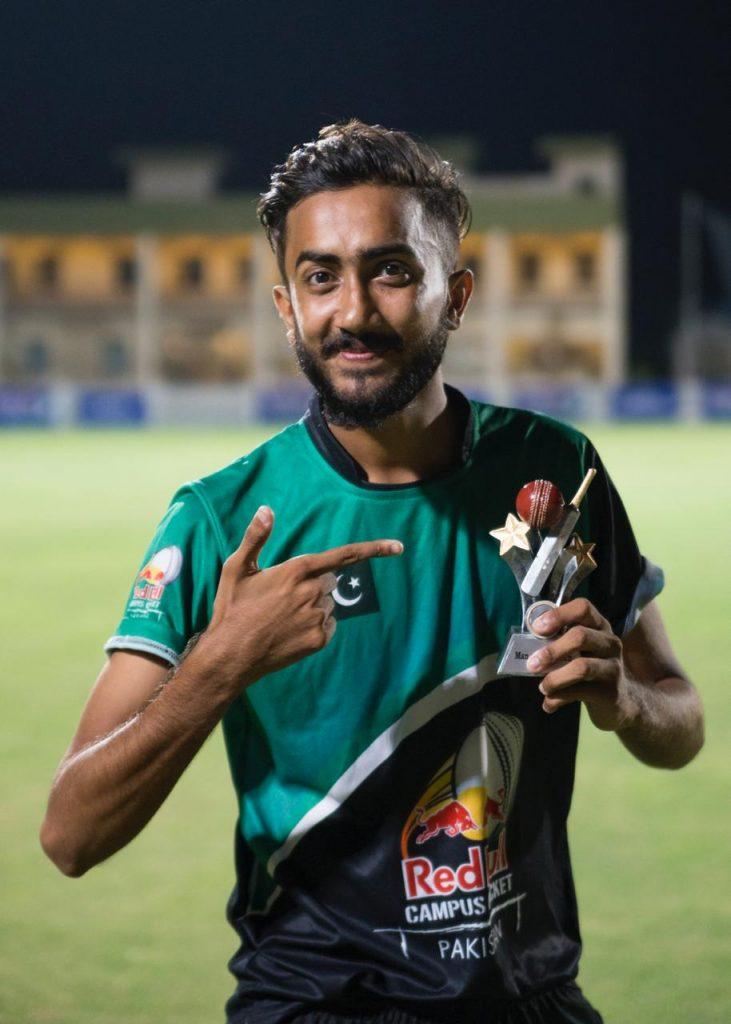 A fitting finish
The captivating finale once again proved the significance of Red Bull Campus Cricket in Pakistan.

The competition has secured its status as the country’s premier varsity-level T20 tournament and that fact was evident by the plethora of current and former international players who lent their support to the teams from Karachi and Peshawar.

From Pakistan, two legends of the game – T20 World Cup-winning captain Younis Khan and another former captain Moin Khan – were a source of inspiration for the youngsters competing for glory in Red Bull Campus Cricket.

Along with theirs, video messages from current national side players Fakhar Zaman and Shadab Khan, as well as Sri Lanka’s captain and Red Bull athlete Lahiru Thirimanne, were also played before the final to give Peshawar and Karachi an extra lift for the all-important clash.

The fight put up by the two finalists was certainly worthy of support from such big names of the game and it will only continue to grow with such fine displays of cricketing skills.

For now, Karachi once again shoulders the responsibility of representing Pakistan in the international arena.

Cricket fans across the country will be in high hopes following Karachi’s strong showing in the 2018 world finals, where they managed a third-place finish while also defeating the eventual champions, Sri Lanka, in the group stages.

With the finals – starting October 26 – just weeks away, an opportunity has come for Team Pakistan to give the world a glimpse of the young talent that has helped the country remain a powerhouse in international T20 cricket. 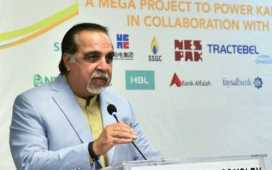 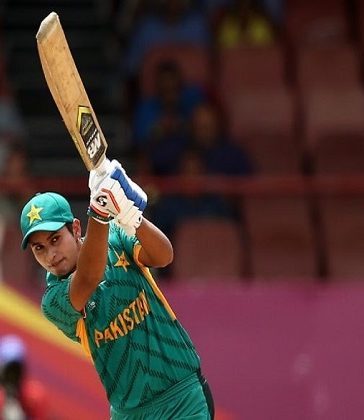 Yo, what up, Karachi Kings?