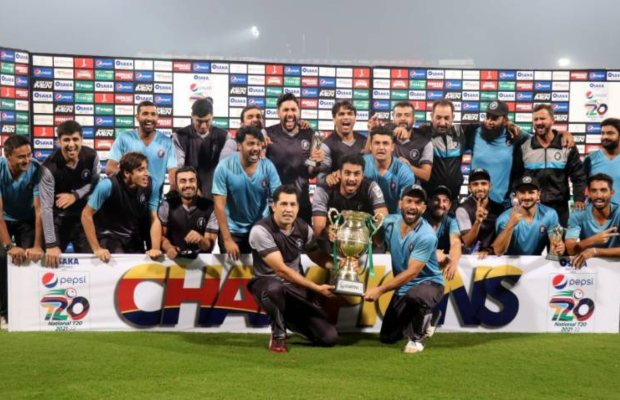 KP’s captain Iftikhar Ahmed’s all-around performance contributed to a seven-wicket win over Central Punjab in the final at the Gaddafi Stadium.

Iftikhar Ahmed, 31, put 45 not out off 19 balls on the scoreboard taking his team to lift the trophy with a 149-run target with 18 balls spare.

While Adil Amin with an unbeaten 25 off 21 provided Iftikhar support from the other end.

Central Punjab seemed no match for KP with the bat nor with the ball in the final.

BRIEF SCORES of the Final

Man of the Match:  Iftikhar Ahmed

Player of the tournament: Iftikhar Ahmed (409 runs and eight wickets)

The best batsman of the tournament: Sahibzada Farhan (447 runs)