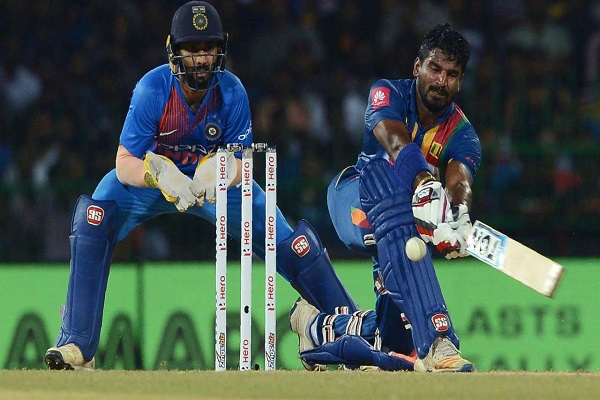 Chasing a 250 against a strong Afghan bowling line up was never going to be a walk in the park. But Sri Lanka started relatively well, despite the early loss of their star kid, Kusal Mendis. Tharanga, De Silva and Perera, had combined to take Sri Lanka to 86-2 at the 19th over mark. It was a blistering start but a decent one. With captain Mathews still to come, there was no reason to ring the alarm bells.

Kusal Perera had other plans. As the opposition’s star leg spinner came on, he tried to slog sweep him in his 1st over. He did so, when Sri Lanka had two left handers in. Rashid Khan clearly prefers to bowl at right handers. Some would defend him by saying he was trying to put pressure on their main bowler, hence deflating the whole team. But how times has that succeed against Rashid Khan? There wasn’t much scoreboard pressure either. At the time, Perera was striking at more than 100 per ball. Yet, he went for this suicidal slog sweep, yorking himself.

From 86-2 Sri Lanka slumped to 158 all out. This was a meek surrender, following the abysmal performance against Bangladesh. There was no clear plan, no coherence in how Sri Lanka batted. Shehan Jayasuriya, came in on the back two wickets going down in the space of an over, yet started walking down the wicket to drive Gulbadin Naib from ball one. Was he told to attack from the word go? As a whole, the chase was amateurish. Now, they can lick their wounds back home and contemplate another ill advised change in captaincy.