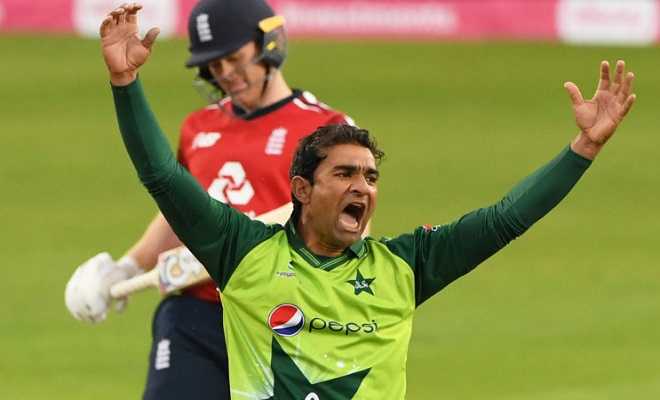 Last Chance Saloon for Iftikhar Ahmed - OyeYeah News
0Share
215Views
Bilal Asif has five ODI wickets. All five came in one match. He played only three ODIs. Some might argue it was unfair to him. Others would look at it as a cautionary tale that deters you to read too much into a fifer against Zimbabwe. The off spinner’s test career is fairly similar, a big haul and then a dry spell.
Iftikhar Ahmed, another veteran (some would say part-time) off-spinner bagged a fifer against Zimbabwe in the 2nd ODI. This wasn’t the plan. Captain Babar Azam doesn’t seem to trust the capabilities of his ‘sixth’ bowler. At least not as much as Misbah ul Haq at least. In the England T20I series, Iftikhar bowled a single over in the 1st T20. Then only because Amir was injured, he filled in. He drew a blank in the final T20. Then again in the 1st ODI, even with Zimbabwe cruising, the off-spinner didn’t get a chance.
The question to ask is, had Imad Wasim started decently, would Babar has brought on his sixth option? Thus far he has seemed like a captain who likes to just his core bowling group. This at times boxes him a bit, but that is how likes to go. Will this match-winning effort change his mind? What is a bit is that during the National T20, Iftikhar himself had started bowling medium pacers. Danish Aziz taking him for 19 in the last over was one of the memorable performances of the tournament.
So in Babar Azam’s defense, the 3D player in the 11, isn’t sure about his secondary skill. One can’t blame the captain for not throwing the ball to him until it becomes really necessary. Nonetheless, this performance should give some breathing space for Iftikhar. Apart from one innings in Australia, he has been fairly poor with the bat. This might be his last chance to translate domestic success into international cricket. Misbah ul Haq is no longer the chief selector.