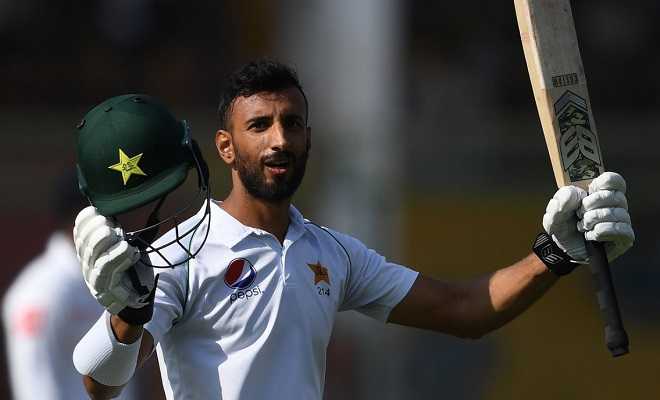 It wasn’t as obvious yesterday, but the two Pakistan openers have a fairly distinctive style. Abid Ali likes to take the bowlers on, the typical Pakistani stroke maker. Shan Masood is a stodgy English style opener, with limited strokes in his locker. But beyond their playing style, their stories are similarly contrasting.

Abid Ali is a product of Pakistan’s domestic structure. He has gone through all the tribulations, rejections and everything that comes with being a talented player but without any influential backing. The coaching he got still reflects in his technique. The front leg coming a little across him is quite a big and obvious flaw. To sum up it in one Urdu saying, Abid Ali ne cricket grounds k dhol chati for more than a decade. In the last few years, Abid found a way to score tons of runs, against high-quality attacks. Daddy centuries in domestic cricket and A tours became the norm. In the age of social media, there was no way he couldn’t get a chance (logic doesn’t apply to Fawad Alam). He was given an ODI, where he scored a ton. Subsequently, he was dropped after two matches.

On the other hand was Shan Masood. His cricket education was in England. Under the tutelage of learned coaches, he honed his compact, copybook technique. Even before his debut, top government officials were pushing sports journalist to promote the boy (Dr Nauman has narrated this story). He was given a debut prematurely against South Africa. Despite a record-breaking ton in Sri Lanka, his lack of a well-rounded game was exposed soon. Many have fallen to Anderson but few have done so regularly as Shan did.

Yet he had access to some of the top coaches in the world like Gary Palmer. He took advice from coaches, ex-players, journalists (Jarrod Kimber’ blog a great example) and others. If you visit the ESPNCricinfo Pakistan section, you would think Shan has scored 10,000 runs. Many in hushed tones have presented him as the next test captain. It is as privileged an existence as it could be.

In a country like Pakistan, where every day this very privilege stares you in the face and often spits on you, it is hard to be a fan of Shan Masood. There is class privilege, there is religious privilege, power and money based privilege, regional and ethnic privilege…you name it and Pakistan has it. When you see a General’s or a politician’s son being promoted ahead of his turn, in a country where nepotism is the basis of society, it is hard to love Shan Masood.

But after years of internal resistance, Shan Masood has been able to convince me. He has used his privilege to be better than other cricketers. Shan hasn’t set the world alight yet. Still to see a Pakistani opener be successful away in Australia and South Africa is rare. Now, he has started to undo the horrors of 2016 tour in England. Bouncy conditions – check, Spinning tracks – check and now seaming tracks – a great start.

There are concerns about how the media covers him. Even the PCB social media team see him as a bit of a darling figure. Obviously his eloquent way of speaking and upbringing makes it easy for the PCB team.  However, in an age where projection delivers, there needs to be some balance. How he got to the side in the 1st place is history now. Who obliged who, we shall never know. That is more a systematic problem of which Shan is just an example.

But if the left-hander can conquer the English conditions, he would stand head and shoulders above any other recent Pakistan opener. If you have privilege and power, do something outstanding with it. Make it worthwhile. And for the decision-makers, it is imperative that Abid and Shan both get equal and consistent opportunities that they deserve.