Pray for "Zed" - the mercurially gifted Zaheer Abbas - who made batting an art form at a level few in the history of the game have matched. 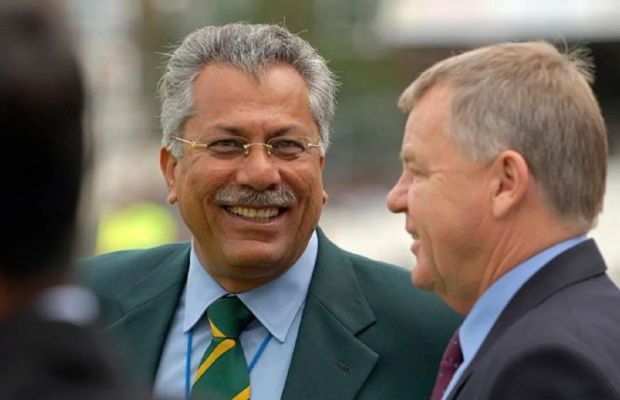 He said that “Zaheer is still in Intensive Care Unit (ICU)”.

Talking to a private news channel his brother said, “He is on dialysis due to discomfort in lungs and because of complications in breathing he has been put on oxygen support.”

Saghir Abbas told that he had a conversation with Zaheer Abbas two days ago through a video call for a few minutes.

“Zaheer Abbas has not completely improved yet, therefore everyone is requested to pray [for him],” he added.

It was reported on June 21 that, Zaheer Abbas was admitted to the Intensive Care Unit (ICU) of a hospital in London.

He had contracted coronavirus while staying in Dubai on his way to London.

Following the news of being admitted to ICU, the cricket fraternity and fans extended prayers and wishes for the iconic cricketer Zaheer Abbas.

Get well soon Zaheer Bhai. I hope that you will be back soon stronger than ever. Praying for you!#ZaheerAbbas pic.twitter.com/1zxHhXCICB

Here’s wishing the great #ZaheerAbbas bhai a very speedy recovery and all the good health in the world. You are a jewel of our great sport, may you always be hale and hearty #cricket #crickettwitter pic.twitter.com/06in7ZkBRS

Wishing Zaheer Abbas the best of health. He flew to London on June 16th and is now admitted in ICU. He is the only Asian having scored hundred first class centuries, four times in a first class match he scored a double hundred & a hundred, & made 4 double centuries in Tests. pic.twitter.com/0zf3xfmIEb

Get well soon Zed Bhai. You are an asset of our country. All the Duaas and Prayers for your health🤲🏻 #GetWellSoon pic.twitter.com/6EDn1SFmy2

tweet
Share on FacebookShare on TwitterShare on PinterestShare on Reddit
Saman SiddiquiJune 25, 2022
the authorSaman Siddiqui
Saman Siddiqui, A freelance journalist with a Master’s Degree in Mass Communication and MS in Peace and Conflict Studies. Associated with the media industry since 2006. Experience in various capacities including Program Host, Researcher, News Producer, Documentary Making, Voice Over, Content Writing Copy Editing, and Blogging, and currently associated with OyeYeah since 2018, working as an Editor.
All posts bySaman Siddiqui