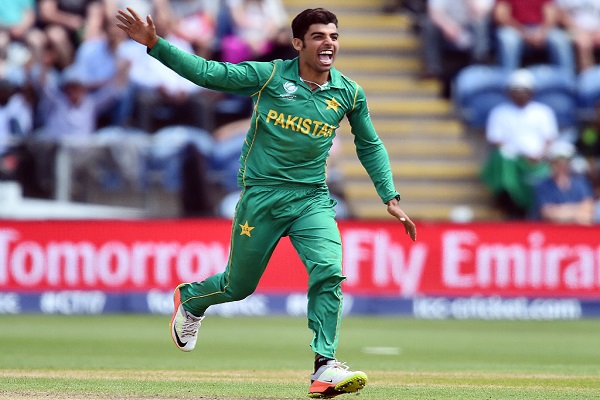 It was a difficult game, to begin with. Without Shadab Khan and Mohammad Hafeez’s relative all-around abilities, team management struggles to find balance. It happened in the Asia Cup, with Shadab missing a couple of games and Hafeez ‘rested’. It happening again. The bowling looks pretty toothless and worse than it actually is.

It’s a massive ground. Its a given that our fielding will most definitely face a challenge. On 3-4 occasions, the ball went in the air but dropped short of the fielders. 3 reviews, all went against Pakistan. Our defensive skills, which were on display in T20, were absent today. And obviously, English batting is as good as anyone’s in the world. It was carnage.

But things are not as terrible with our bowling as this match makes it look. England were off to a decent start. Imad had already missed a run out chance but the run rate was under 6. It was the left-arm spinner keeping tabs on the English line up. Especially Roy was struggling to time him through the off side. Six overs 24 runs, more than acceptable. Time to turn the screw

On the other end, Yasir Shah had given 13 runs in his 1st over. Sarfraz’s now knows he needs to somehow complete the leg spinner’s overs. Imad is off, one comes Shaheen Shah picks up a lucky wicket. Haris Sohail also bowls a couple. England carries along their merry way. Imad comes back to bowl his last 4 and gave away 39 runs in them. Morgan did the damage, with 3 boundaries.  Most captains try to avoid bowling left-arm spinner against left-handed batsmen. Imad averages 40 against right handers and 53 against left handers (CricViz). But Sarfraz had little choice.

Had Shadab Khan been available, Imad Wasim would have continued his spell to the right-handers and perhaps ended up giving away perhaps 15-20 runs less than 63. On the other end, Shadab Khan might have picked a wicket or two. Stats tell us he picked a wicket 34th ball, he bowls. Could be one or two. England, although they bat deep will have to hold on their ‘launch’ a little bit longer. Had Mohammad Hafeez been playing, he would have definitely bowled to Morgan too.

England at no point in their innings needed to take chances. On wickets where there no seam, swing or reverse swing, medium pacers need the pressure to create chances. When Shadab Khan he will make this bowling line up much better. That is what history suggests.

This isn’t to say team won’t score a 350 with Shadab in the line-up. But it gives Sarfraz, so many different options in terms of wicket taking and run stopping when required. Also, Yasir Shah could take the dignified route like Azhar Ali and announce ODI retirement. Somehow selectors keep stumbling back to him.