Liverpool have been in title contention before, but this time it feels different! Reds’ are yet to lose a game this season. 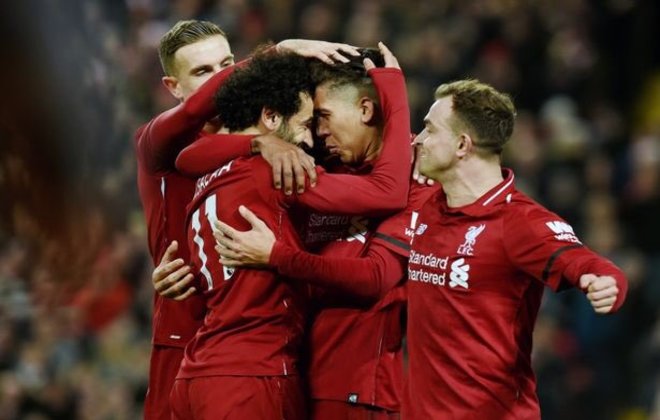 It was a champions performance indeed as the Liverpool has thrashed Arsenal by 5-1.

Liverpool are now unbeaten in 31 Premier League games at Anfield (W22 D9), their joint-longest unbeaten home run in the competition.

Liverpool go into 2019 on 🔝#PL pic.twitter.com/1Dd0MbgPBE

Ainsley Maitland-Niles did put the visitors ahead in the 11th minute at Anfield on Saturday’s game, but the Reds’ response to that early setback was clear-cut.

The two goals in just the span of 90 seconds from Roberto Firmino brought Klopp’s team turn the game on its head rapidly, while Sadio Mane made it 3-1 shortly after the half-hour mark.

Mohamed Salah won the penalty and converted it successfully to extend the Reds’ advantage on the stroke of half-time.

Roberto Firmino completed his hat-trick by slotting home another spot-kick midway through the second period.

In the presser after the match the Reds’ manager Jurgen Klopp has revealed that he was close to tears when Mohamed Salah gave up penalty duty to give Roberto Firmino the opportunity at grabbing his hat-trick. “It was really nice”, he said.

"When Mo gave Bobby the penalty I was close to crying. We all know how much Mo wants to score goals but he gave it to Bobby"

Liverpool have been in title contention before, but this time it feels different. Reds’ are yet to lose a game this season.

Meanwhile the jubilant Liverpool supports are pretty much active at the social media at the moment. The reactions they share are pretty phenomenal just like their team’s performance.

We are Liverpool 🔴 #YNWA pic.twitter.com/dvu5iRjdc3