With key players back from injury, and with Salah playing some of the best football of his career, things are looking promising for Liverpool this season. 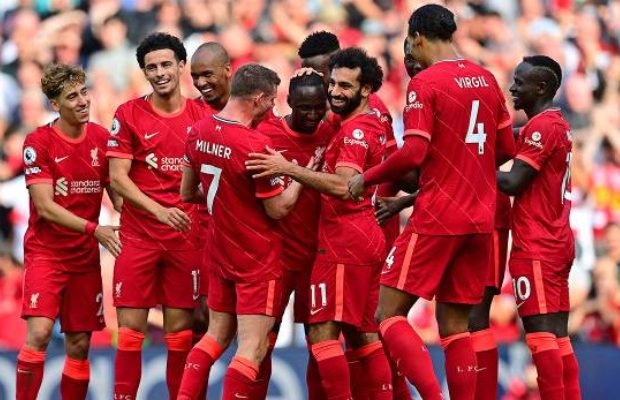 It has been an impressive start to the season for Liverpool and Jurgen Klopp’s side is showing signs they could land some major silverware this season. This Reds’ squad knows what it takes to win the Champions League and it looks like they will take some stopping to be denied a seventh European title.

Liverpool appears to be getting back to their best after what was a disappointing defence of their English Premier League title last season. The Merseyside outfit, who are among the favorites in the betting on the Champions League to win the tournament this term, were forced to deal with a host of injuries. The biggest loss was that of star center-back Virgil van Dijk, as the Netherlands international missed the majority of the campaign with a serious knee injury.

England defender Joe Gomez was also absent for much of the season, leaving Klopp with selection problems at the heart of his defense. At the other end of the field, forward Diogo Jota also had weeks out on the sidelines and only just returned before the end of the campaign.

Klopp has now been boosted by the return of those players to fitness, and their added quality is already showing in the Premier League and in Europe. The Reds were unbeaten after their first nine games of the league season, and have been showing ruthless efficiency in front of goal. After those nine outings, the Reds were the top goalscorers in the league with 27. Reigning champions Manchester City were the next highest with 23. Liverpool has been able to build on that domestic form and take that standard of football into Europe, where they are looking like serious title challengers.

Liverpool was handed a tough group in the Champions League this season, with the Reds going up against AC Milan, Atletico Madrid, and FC Porto. Klopp’s men would not be afforded any games against weaker opposition but after three matches, it has been a perfect start for the six-time European champions. Liverpool got off to a strong start on home soil with a 3-2 win over Milan, before an impressive 5-1 victory over Porto in Portugal. In arguably their toughest match of the group, the Reds then passed the test of beating Atleti 3-2 on their own patch in the Spanish capital.

Striker Mohamed Salah has been instrumental in Liverpool’s flying start in Europe. The Egyptian international, who many believe to be the best player in the world at this time, scored five goals in their first three Champions League games. With 10 goals in his first nine Premier League outings, it has been the perfect start to the season for the skillful forward.

With key players back from injury, and with Salah playing some of the best football of his career, things are looking promising for Liverpool this season. Klopp has already had his hands on the Champions League trophy once before, and the German tactician has a side that looks capable of winning this prestigious competition once again this season.