The five-time Grand Slam tennis champion has announced on Instagram that she's pregnant.

Maria Sharapova has announced that she is expecting her first child on her 35th birthday!

The five-time Grand Slam tennis champion retired from the sport in February 2020.

Taking to Instagram on her birthday the Russian tennis star broke the news to her millions of fans and followers.

She added: “Eating birthday cake for two has always been my specialty.” 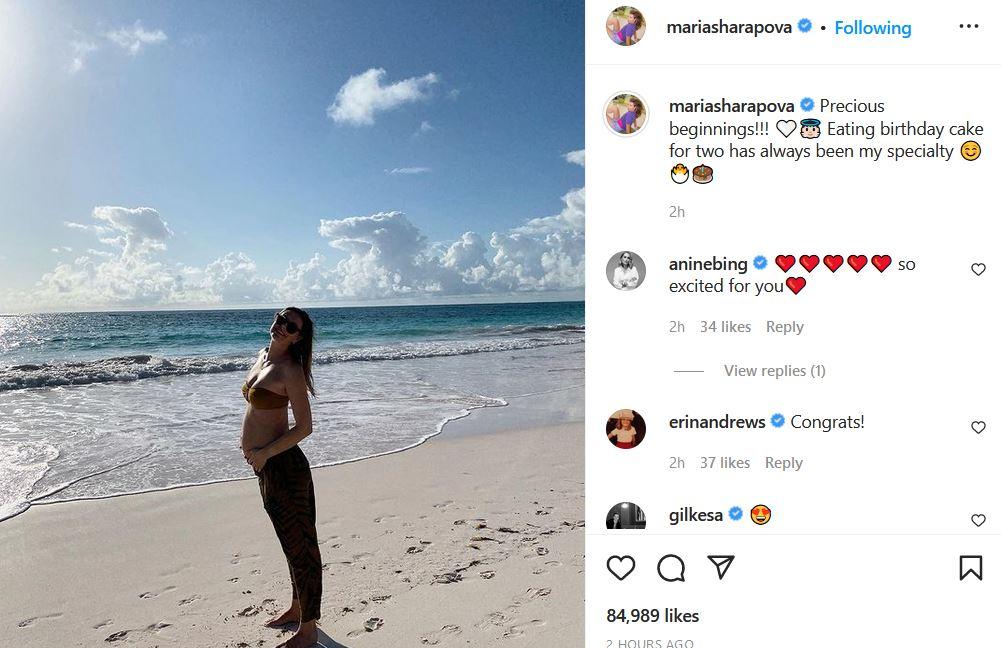 Twitter is kind of having a meltdown ever since she announced her pregnancy with #MariaSharapova trending among the top topics.

tweet
Share on FacebookShare on TwitterShare on PinterestShare on Reddit
Saman SiddiquiApril 20, 2022
the authorSaman Siddiqui
Saman Siddiqui, A freelance journalist with a Master’s Degree in Mass Communication and MS in Peace and Conflict Studies. Associated with the media industry since 2006. Experience in various capacities including Program Host, Researcher, News Producer, Documentary Making, Voice Over, Content Writing Copy Editing, and Blogging, and currently associated with OyeYeah since 2018, working as an Editor.
All posts bySaman Siddiqui