Former midfielder is best known for scoring for England in the 1966 World Cup final. 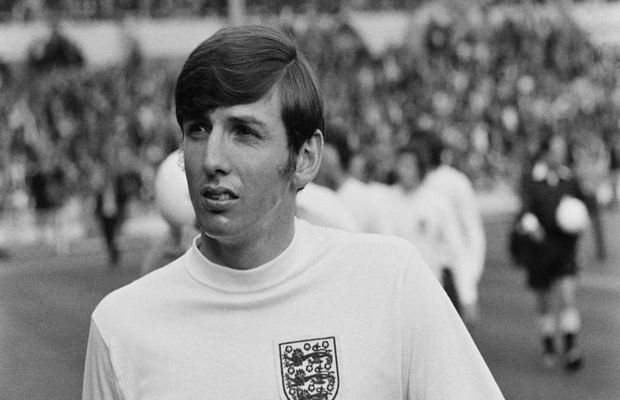 West Ham and England legend Martin Peters passed away at the age of 76, following a long battle with Alzheimer’s disease.

The former midfielder is best known for scoring for England in the 1966 World Cup final – as the Three Lions beat West Germany 4-2 at Wembley.

In 1970, with his transfer from West Ham United to Tottenham Hotspur in, he became Britain’s first £200,000 footballer.

He also played for Tottenham, Norwich and Sheffield United, scoring 174 goals during his club career and 20 for England.

A statement on the West Ham website said: “It is with profound sadness that we announce that Martin passed away peacefully in his sleep at 4.00 am this morning”.

A statement by his family said, “A beloved husband, dad, and grandad, and a kind, gentle and private man, we are devastated by his loss but so very proud of all that he achieved and comforted by the many happy memories we shared.

We will be making no further comment and kindly ask that the privacy of our family is respected at this extremely difficult time.”

Football world and fans mourn the passing away of Peters, who was known as “the complete midfielder” as he could pass the ball well with either foot, which was too good in the air and difficult to mark because of his movement.

Peters’ 1966 teammate, Sir Geoff Hurst, in a tweeted says that it was a “very sad day for football and for me personally”.

Today is a very sad day for football & for me personally Martin Peters was one of the all time greats & a close friend and colleague of mine for in excess of 50 years. A fellow World cup final goalscorer & my West Ham partner for years along with Bobby Moore RIP old friend.

Here is how social media reacting to Martin Peters death:

Very sad news. No England fan will ever forget the heroics of Martin Peters and his fantastic teammates. My sympathies go out to all of those who knew and loved him. https://t.co/Jn5Jykam7b

We’re deeply saddened to learn of the passing of Martin Peters MBE, scorer of the #ThreeLions’ second goal in the 1966 @FIFAWorldCup final, at the age of 76.

Our thoughts are with Martin’s family and friends at this difficult time. pic.twitter.com/0P2aDVRmzZ

We are deeply saddened to hear the news of the passing of club legend Martin Peters. https://t.co/69IazGy1ZW

We are extremely saddened to hear of the passing of Martin Peters. The thoughts of everyone at the Club are with his family and friends at this difficult time. pic.twitter.com/fwvwRQajWd

He will forever be remembered.

Our thoughts are with his family and friends. pic.twitter.com/GKocWcNmAf

Sorry to hear that Martin Peters has passed away. One of our World Cup winning heroes. A great player and a true gentleman.

So sorry to hear about the passing of England & West Ham legend Martin Peters. #RIPMartin. My thoughts are with his family at this difficult time pic.twitter.com/lekb2ozUpG

tweet
Share on FacebookShare on TwitterShare on PinterestShare on Reddit
Saman SiddiquiDecember 22, 2019
the authorSaman Siddiqui
Saman Siddiqui, A freelance journalist with a Master’s Degree in Mass Communication and MS in Peace and Conflict Studies. Associated with the media industry since 2006. Experience in various capacities including Program Host, Researcher, News Producer, Documentary Making, Voice Over, Content Writing Copy Editing, and Blogging, and currently associated with OyeYeah since 2018, working as an Editor.
All posts bySaman Siddiqui