"Barca gave me everything and I gave it everything. I thought and was sure that I was free to leave", he said 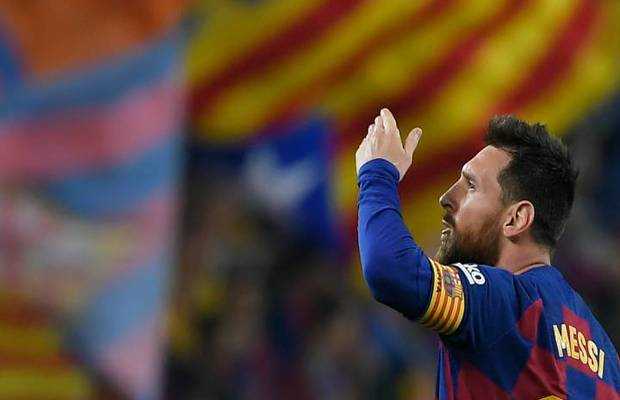 Lionel Messi on Friday ended the intense speculation about his future by telling that he will stay with  Football Club Barcelona for another year.

The Argentine six-times world player of the year did not want to enter a court battle with the club about his contract.

It was the last month when it emerged that Captain Lionel Messi had told Barcelona that he wished to leave the club immediately after spending almost 20 years at the club, deepening the turmoil within the Catalan side less than two weeks after their humiliating 8-2 defeat by Bayern Munich in the Champions League.

“I wasn’t happy and I wanted to leave. I have not been allowed this in any way and I will stay at the club so as not to get into a legal dispute. The management of the club led by Bartomeu is a disaster,” Messi told website Goal.com in an interview.

“There was another way and it was to go to trial,” he added. “I would never go to court against Barca because it is the club that I love, which gave me everything since I arrived. It is the club of my life, I have made my life here.

“Barca gave me everything and I gave it everything. I thought and was sure that I was free to leave. The president always said that at the end of the season I could decide if I stayed or not. Now they cling to the fact that I did not say it before June 10, when it turns out that on June 10 we were competing for La Liga in the middle of this awful coronavirus and this disease altered all the season.”

The Argentine, 33, added: “When I communicated my wish to leave to my wife and children, it was a brutal drama. The whole family began crying, my children did not want to leave Barcelona, nor did they want to change schools.”

tweet
Share on FacebookShare on TwitterShare on PinterestShare on Reddit
Saman SiddiquiSeptember 5, 2020
the authorSaman Siddiqui
Saman Siddiqui, A freelance journalist with a Master’s Degree in Mass Communication and MS in Peace and Conflict Studies. Associated with the media industry since 2006. Experience in various capacities including Program Host, Researcher, News Producer, Documentary Making, Voice Over, Content Writing Copy Editing, and Blogging, and currently associated with OyeYeah since 2018, working as an Editor.
All posts bySaman Siddiqui