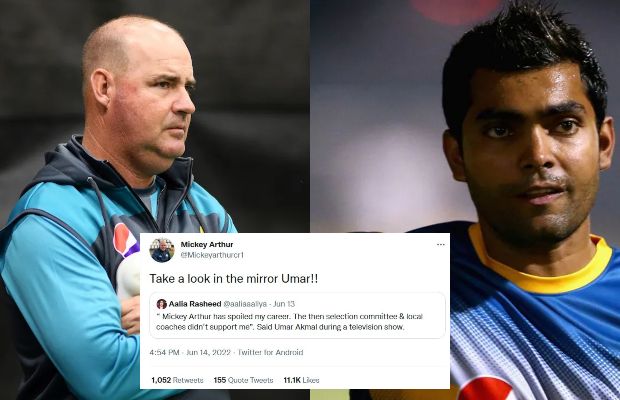 Mickey Arthur hits back at Umar Akmal over his career comments.

It was the other day when Umar Akmal’s remarks about the former Pakistan Coach Mickey Arthur were shared on a sports TV show.

“Mickey Arthur has spoiled my career. The then selection committee and local coaches didn’t support me,” Akmal was quoted.

Former Pakistan head coach Mickey Arthur has responded to the comments made by Umar Akmal.

Reacting to the statement, Artur tweeted just a single sentence: “Take a look in the mirror”.

Take a look in the mirror Umar!! https://t.co/VvZKio0WpP

Back in 2017, Umar Akmal accused Arthur had used foul language and insulting him, telling him to go and play club cricket.

However, the former coach had denied the allegations.