He revealed that he was forced to work in domestic servitude after entering the country aged eight or nine. 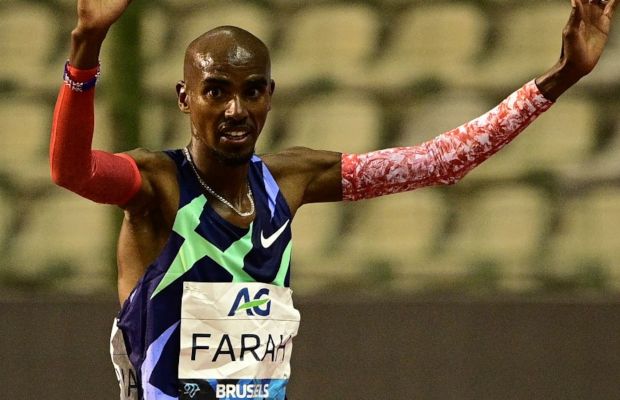 The Metropolitan Police have launched an investigation into allegations that British athlete and two-time Olympic gold medalist Mo Farah was brought to the UK illegally as a child.

As quoted by the media outlet, a Met spokesman said: “We are aware of reports in the media concerning Sir Mo Farah. No reports have been made to the MPS at this time. Specialist officers have opened an investigation and are currently assessing the available information.”

As reported, Scotland Yard detectives are likely to question a married couple accused of forcing the athlete, when he was young, to do household chores such as cooking and cleaning.

The 39-year-old Somalia-born athlete in a recent interview with BBC this week revealed that his real name is Hussein Abdi Kahin.

He revealed that he was forced to work in domestic servitude after entering the country aged eight or nine.

Farah in the interview stated that he came from Djibouti with a woman he had never met before, and then made to look after another family’s children.

He revealed that his father was killed in Somalia’s civil unrest when he was aged four and his mother, Aisha, and two brothers live in the breakaway state of Somaliland.

After burying the truth for decades, he was encouraged to speak out by his wife and children.

“I honestly don’t want to be talking about it because I told myself I would never talk about it. I’m gonna lock it up,” he said.

According to him, he was helped to obtain UK citizenship by his physical education teacher at school, Alan Watkinson, while still using the assumed name Mohamed Farah given to him by a woman who trafficked him to Britain.

tweet
Share on FacebookShare on TwitterShare on PinterestShare on Reddit
Saman SiddiquiJuly 15, 2022
the authorSaman Siddiqui
Saman Siddiqui, A freelance journalist with a Master’s Degree in Mass Communication and MS in Peace and Conflict Studies. Associated with the media industry since 2006. Experience in various capacities including Program Host, Researcher, News Producer, Documentary Making, Voice Over, Content Writing Copy Editing, and Blogging, and currently associated with OyeYeah since 2018, working as an Editor.
All posts bySaman Siddiqui