He had been training with the Egypt national team this week ahead of qualifying matches for the African Cup of Nations. 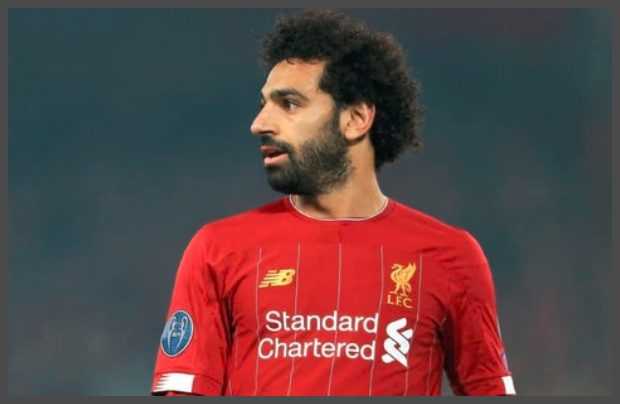 Mohamed Salah, the Liverpool and Egypt striker has caught Covid-19, reportedly after attending his brother’s wedding.

However, according to a statement released today by the Egyptian FA, the Liverpool and Egypt striker has tested positive for the coronavirus after a routine screening.*

He had been training with the Egypt national team this week ahead of qualifying matches for the African Cup of Nations.

According to the statement, Salah, who was tested for the Coronavirus, along with the rest of the Egyptian national squad, is said to have tested positive but has not developed any symptoms.

No other players from the squad have tested positive.

Salah will now be self-isolating in his room as per the COVID1-19 protocol, his contacts as well, for at least two weeks.

Under the coordination of the national team doctor, Dr. Muhammad Abu Al-Ola, with his English club, Liverpool, the internatioanl football star will undergo more checks in the coming hours.

As per media reports, Salah was recently seen dancing at his brother’s wedding and now the confirmation has arrived from the Egyptian Football Association that the Liverpool star has contracted coronavirus in what is another huge blow for Jurgen Klopp.

Mo Salah tests positive for Covid after doing this at a wedding. Seriously, we need to stop players leaving their club bubbles amid this pandemic.

International breaks are not working on so many levels #LFC pic.twitter.com/02WzezFVuk

After testing postitive, he will miss Egypt’s African Cup of Nations qualifier against Togo tomorrow.

Egypt currently at the third in their group, ahead of Togo.

tweet
Share on FacebookShare on TwitterShare on PinterestShare on Reddit
Saman SiddiquiNovember 13, 2020
the authorSaman Siddiqui
Saman Siddiqui, A freelance journalist with a Master’s Degree in Mass Communication and MS in Peace and Conflict Studies. Associated with the media industry since 2006. Experience in various capacities including Program Host, Researcher, News Producer, Documentary Making, Voice Over, Content Writing Copy Editing, and Blogging, and currently associated with OyeYeah since 2018, working as an Editor.
All posts bySaman Siddiqui