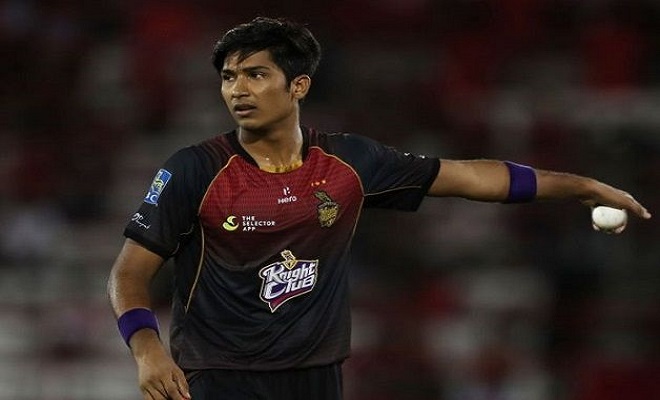 Tear away pacer, Mohammad Hasnain has been asked to return home from the Caribbean Premier League (CPL) by the Pakistan Cricket Board (PCB). Earlier, he was issued a NOC to participate in the whole tournament, however, the board has decided to recall him so he could take part in the on-going Quaid e Azam Trophy.

The 19-year-old has been part of the Trinbago Knight Riders side and has picked six wickets in four matches. While he has conceded on the over 9 runs per over, his wicket-taking ability has proved to be invaluable for the Shahrukh Khan owned franchise. His pictures and hug with the Bollywood star also became a talking point, especially in the Indian media.

Nonetheless, given PCB’s renewed efforts to give greater value to domestic cricket, this recall doesn’t come as a surprise. Hasnain has made T20I and ODI debuts but he is yet to play a test match for Pakistan. Having seen Mohammad Amir retire and Wahab Riaz taking a break from the longest format, PCB would be keen for Hasnain to develop his red-ball skills.