Sajjad took around 12 minutes to clear the frame by pocketing all 15 red balls, each red followed by a black ball before all the color balls. 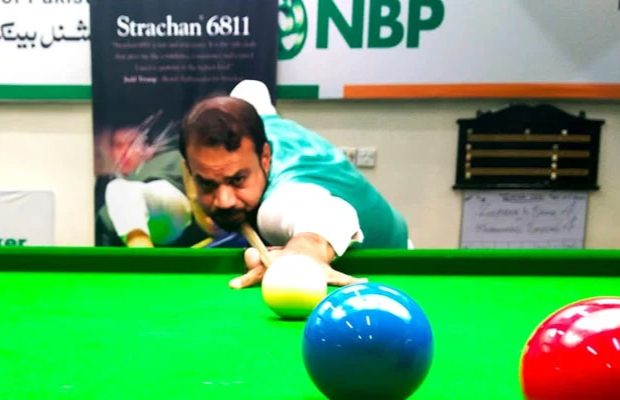 A new domestic record was set by cueist Sajjad with a maximum of 147 break in the National Snooker Championship against Zulfiqar Qadir in Karachi.

Sajjad took around 12 minutes to clear the frame by pocketing all 15 red balls, each red followed by a black ball before all the color balls.

The 35-year-old cueist is the first person to play a break of 147 in a National Tournament in Pakistan and the second Pakistani to do so in any tournament after Saleh Muhammad.

Saleh Muhammad, who now plays for Afghanistan internationally,  had played a break of 147 in Dubai during the 2008 Asian Snooker Championship.

Sajjad reached the milestone in the tournament’s quarter-finals in Karachi, which is currently underway.