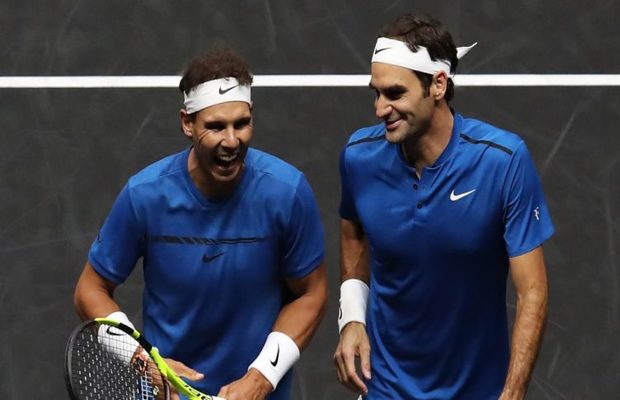 Rafael Nadal and Roger Federer are placed in the same half of the draw for the French Open on Thursday, which means the two longtime rivals likely to meet in the semi-finals.

The 2019 Roland Garros draw ceremony was held at L’Orangerie, located in the botanical gardens of the site, with Nadal and the women’s defending champion, Simona Halep in attendance.

Second seed Nadal is chasing a 12th title in Paris, while 2009 champ Federer, world-seeded three, is playing in the tournament for the first time since 2015.

Nadal, who has an incredible 86-2 match record at the clay-court major, arrives in the French capital after winning a record 34th ATP Masters 1000 crown and ninth Internazionali BNL d’Italia title. Rafael Nadal starts against qualifiers in the first two rounds.

Lorenzo Sonego is Federer’s first opponent, with Jaziri or a qualifier his potential second. 37-year-old Federer is bidding to become the oldest Grand Slam title winner of all time.

Federer on returning to Roland Garros said, “I’m going to play freely and it’s a pleasure… As long as I’m not hurt, it’s worth it to play the clay.”