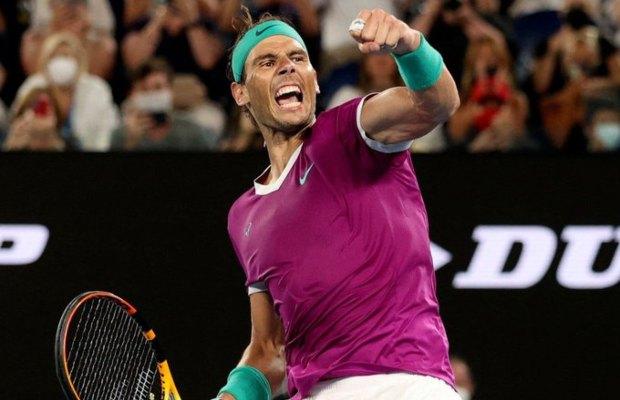 Yet another chapter is written in the history of tennis tonight as Nadal, 35, also become the first man ever to win the Australian Open final from two sets down in the Open era.

Nadal successfully rallied from two sets down, just the third comeback from 0-2 at a major for Nadal in his career and first since 2007 and won the marathon five-setter final.

This was the second Grand Slam meeting for Medvedev and Nadal, who are establishing an epic intergenerational rival.

“One month and a half ago, I didn’t know if I was going to be able to be back on the tour playing tennis again,” Nadal said in his post-match speech.

“And today, I am here in front of all of you having this trophy with me and you really don’t know how much I fought to be here. I can’t thank you enough for all the support that I received since I arrived here.”