Bowlers come into the game as the pitch slows down 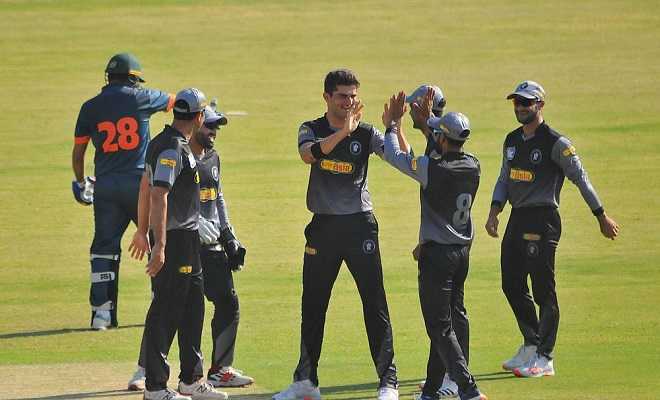 After two days of relatively newer players putting their hands up and coming up with key performances, day three saw some experienced hands lead KPK and Sindh to victories. After two days of high scoring games, bowlers took advantage of the tiring pitch.

Shaheen Shah Afridi had already picked up a fifer. On the second last ball of the innings, Usama Mir drove him down the ground for a boundary. Next ball Afridi returned with a vicious bouncer and a few choice words.  Even after having picked his five wickets, the left armer was unwilling to give a boundary away to the Balochistan batsman. Shaheen Afridi is at the peak of his powers.

These weren’t as marketable a performances as the one by Shaheen, but they were equally importantly. With a rather bloated squad, Sarfaraz needs his experienced hands to deliver. Yesterday they did. Sohail Khan snapped up Kamran Akmal early, while Asghar accounted for Rizwan Hussain and last match’s centurion, Abdullah Shafique. Central Punjab never really recovered.

With the team needing a middling score, you want your openers to get ahead of the rate and provide a platform. The long in the tooth duo of Khurram Manzoor and Sharjeel Khan did that and more. When Sharjeel got out at 134 in the 16th overs, the match was more or less over. Sharjeel Khan showed his old touch, peppering the square boundaries either side, while Khurram did what Khurram does at this level.

Both youngsters had small but vital cameos. Qasim Akram 24 of 13 gave some respectability to Central Punjab’s total. He showed nous and power to hit four boundaries. Whereas, Azam Khan once again showcased his power game. The game could have got a bit tight if Azam would have misfired there. Instead, two consecutive sixes, one towards mid-wicket, one mid-on, made it easy for Sindh.