National T20 Day 9: Balochistan not getting the Credit they Deserve

Sindh were finally able to win a close game 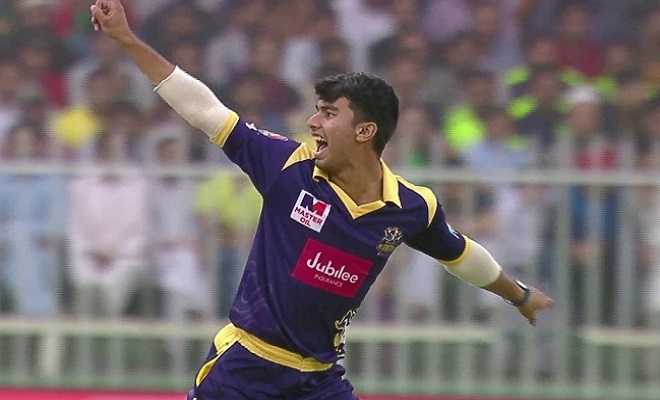 Balochistan not getting the Credit they Deserve - OyeYeah News
0Share
239Views

It was expected that the Rawalpindi leg of the tournament would be even more batting friendly. Small boundaries and flatter wickets, would not allow any bowlers to get their teeth in the game. Well, it hasn’t quite materialized that way. Yesterday, Balochistan restricted Khyber Pakhtunkhwa was around 150, while Sindh has kept Central Punjab to 170. Chasing sides won both matches.

Two teams were the clear pre-tournament favourites, Northern and Khyber Pakhtunkhwa. It has largely as expected apart from the fact that Balochistan 2nd with the same number of points as KPK. Had things gone south, people would have been quick to blame the new coach, Faisal Iqbal. For now, he does deserve some credit.

Shaheen Afridi is at Peak of his Powers

Bismillah Khan is either a blissfully unaware being with regards to cricket or he is simply too naïve. Shaheen Afridi is easily Pakistan’s best white-ball bowler…the bowl is new and there is some swing on offer. By having words with Shaheen, you will only further weaponize him. That is precisely what the poor chap did after earning a gloved boundary off a Shaheen bouncer. The next ball he had lost his middle stump with an enraged Shaheen thundering in his face.

For those who don’t follow domestic cricket, Awais Zia is a reminder of a time when Pakistan were dropping their guard in white-ball cricket. He came into the side trying to hoick everything to the leg side. Obviously, a tam as hooked on as video analytics and stats as England had figured him out in a match. In 2014, Zia played what still looks like his last international match. But perhaps it the pressure of international cricket that forced him to just try his get out of jail stroke. In the past couple of seasons, he has shown himself to be a competent T20 batsman, capable of scoring both sides of the wicket. Yesterday, he batted Balochistan to a win against Shaheen, Wahab Riaz, Junaid Khan, and Mohammad Hafeez. That is evidence enough that Zia of 2020 is no longer a one-trick pony.

Needing 3 of 2, Sohail Khan refused to take a by against Balochistan. Hassan Khan, who was a lot more switched on, was run out. Sohail missed the next ball, and Umaid Asif was let off the hook. Then Hassan Khan was hit out of the ground by Dilbar Hussain as lowly South Punjab recorded the highest chase in National T20 Cup history. Yesterday’s match didn’t start too well either. You don’t drop Babar Azam in form of cricket and win matches too often. Sindh made an exception yesterday. Largely thanks to a superlative partnership between Hassan Khan and Danish Aziz. Both hit really impressive boundaries as Sindh finally registered a much-need win. Hassan was the great new hope for Quetta Gladiators. But ever since he was traded to Lahore Qalandars, he has stagnated. Here is hoping this innings was a springboard from greater success.

One cannot expect batsmen to play an aggressive brand of cricket and then blame them for getting out. But one can expect better shot selection. Yesterday, both Azam Khan and Fakhar Zaman showed the best and the worst of their game. Both had reached the 30s (Azam more impressive than Fakhar) then played shots which they would perhaps regret. Time is on Azam’s side but for Fakhar, he needs to flush out these problems soon.