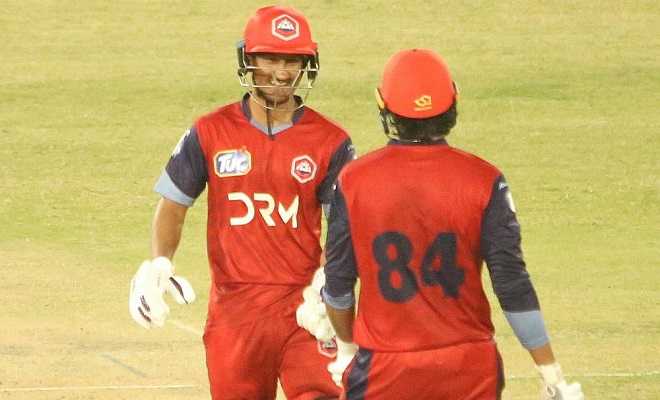 Two of the pre-tournament favourites Khyber Pakhtunkhwa and Northern continued their dominance in the National T20 Cup. KPK registered a comfortable 29-run win over Central Punjab, while Northern romped to a 7 wicket win against Balochistan.

This is good news for any Pakistan fan. The Babar-Fakhar opening partnership started promisingly but it has fallen off a cliff to some degree. Initially, the runs went down and then Fakhar went out of the T20 side. Perhaps due to the Covid-19 situation, he returned for the England series and had another relatively quiet series. However, two fifties in two days in the National T20 Cup would have enhanced his confidence. Misbah would be hoping he continues to build on this.

Central Punjab were well in the game at 99/1, with Kamran Akmal and Abdullah Shafique motoring along. Captain Rizwan brought on Shoaib Malik, who almost exclusively now bowls when at least on left-hander is on the crease. This was a big gamble. A gamble which cost Rizwan 16 runs but also practically turned the game. A pretty average leg-side delivery somehow took Akmal’s edge as he tried to slog sweep and the catch was held. Central Punjab never recovered from there. So much so that Iftikhar Ahmed came on to bowl some medium pace. Is it peak entertainment or what?

A word on Karachi King’s Arshad Iqbal too, who was super impressive bagging, the dangerous Abdullah Shafiq and Ehsan Adil.

A couple of days ago, Mohammad Wasim, the coach of Northern talked about why Umar Amin and Rohail Nazir were batting down the order. Next game, he turned his batting order upside down with Amin opening and Rohail at 3. It was perhaps to give both of them a chance to improve their numbers. But to bat, a left-hander at the top order also made sense to counter the twin leg-spin threat of Balochistan. As luck would have it, Rohail Nazir impressed with a 27-ball 42.