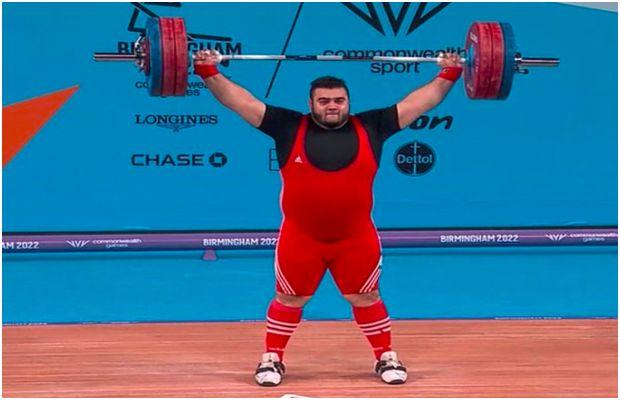 The 24-year-old hailing from Gujranwala lifted 173 kg in Snatch, and 232 kg in the Clean and Jerk category.

His lift totaling 405 kg won the gold medal for Pakistan.

Nooh Dastgir also won the bronze medal for Pakistan in 2018, while he won the silver medal in the Commonwealth Weightlifting Championship held in December last year.

It should be noted that this is the second medal for Pakistan in the ongoing Commonwealth Games.

Khawaja was up against Guyana’s Christopher Franklin and completely dominated his opponent.