The world No. 1 has become sport’s most high-profile anti-vaxxer 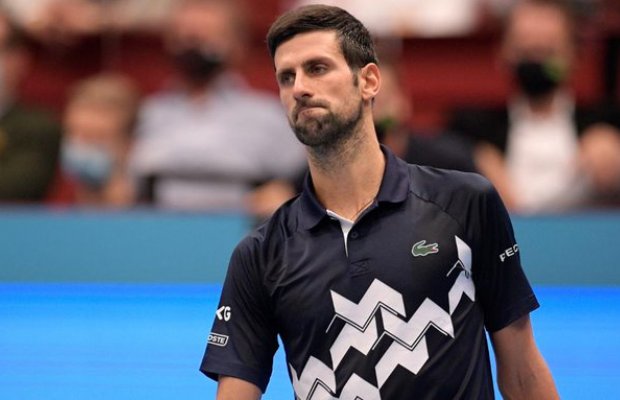 Novak Djokovic risks being denied a visa to enter Australia because he won’t specify his vaccination status.

Djokovic has declined to disclose his vaccination status against COVID-19 due to perceived privacy concerns.

Novak Djokovic will not be able to enter Australia to defend his Australian Open title unless he is fully vaccinated for Covid-19, the Australian immigration minister said.

World number one Djokovic, who is level with Roger Federer and Rafa Nadal on 20 grand slam titles, has declined to reveal his vaccination status, and said he is unsure if he will defend his Australian Open crown.
While speaking to the online edition of Serbian daily Blic, Djokovic said: “Things beings as they are, I still don’t know if I will go to Melbourne.
“I will not reveal my status whether I have been vaccinated or not. It is a private matter and an inappropriate inquiry,” Djokovic added.

“People go too far these days in taking the liberty to ask questions and judge a person. Whatever you say – ‘Yes, no, maybe, I am thinking about it – they will take advantage.”
The world No 1 tennis player has become the sport’s most high-profile anti-vaxxer.
More than a third of professional players remain unvaccinated, according to recent media reports.

I support Novak Djokovic.. nobody has the right to ask if you’re vaccinated or not. I won’t be watching the Australian Open 🎾

Djokovic stays silent for a month & then gives just 1 interview in which he reveals nothing & decides to keep things private.
Here is the consequence – “media & Fedal fans ki gaand mein keeda & they can’t stop tweeting about him” !

“I will not reveal my status whether I have been vaccinated or not. It is a private matter and an inappropriate inquiry.”

Exactly. An individual’s medical status is a private matter and not a badge of honour or risk of discrimination.https://t.co/PsrrT4bccs

Absolutely right mandate by the Australian Govt. In the time of a pandemic when a non-vaccinated person can pose enough risk to others, saying "I will not reveal my status" is stupidity. May #Novak #Djokovic be blessed with common sense. 😁