It becomes very difficult to go at number 6 after 17 years of opening: Mohammad Hafeez 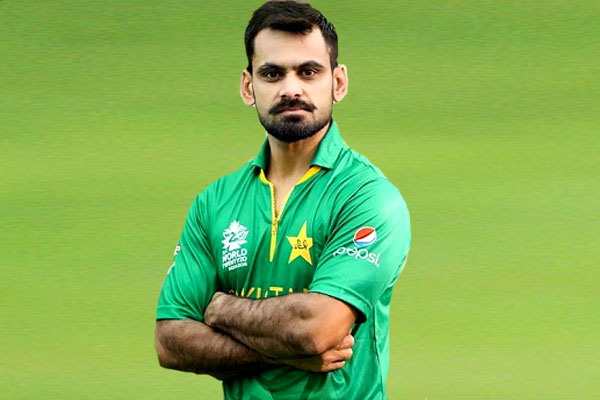 Mohammad Hafeez has out-rightly rejected suggestions that he should bat lower down the order as per the need of the team. Since Pakistan’s consistent problems at finding a finisher at the end of an innings, many have advocated that the all-rounder could be useful down the order and it would open up space for Sarfraz at the top of the order, where the captain might be more suitable as well.

“I am not a one-dimensional player. I believe I can play every kind of innings. On many occasions in my career, I have delivered in tough and pressure situations. Since I have played as an opener for 16-17 years since the start of my career, it becomes very difficult to go at number six,” Hafeez said.

Pakistan have struggled to find a batsman who can consistently provide them impetus at the back end of the innings. Asif Ali and Umer Akmal have been tried without much success. While, Imad Wasim has showed some promise in recent times, the squad still needs someone bankable. Faheem Ashraf and Shadab Khan have also been hit and miss.

Besides, the leg spinning all-rounder is set to miss the England series at least with a virus. Hafeez downplayed the loss of Shadab and foresees it as a chance for others to step up.

“He is an important player and I am sure he will be back very soon,” Hafeez said. “Until he is back, we have to realise that teams don’t run on one player. A lot of players have to fulfill their roles and there are many who are waiting for their turns,” he said.

Pakistan are set to play 5 ODIs and a solitary T20 against England before the World Cup.