India leads Pakistan 8-5 on head-to-head in the Asia Cup, both formats put together. 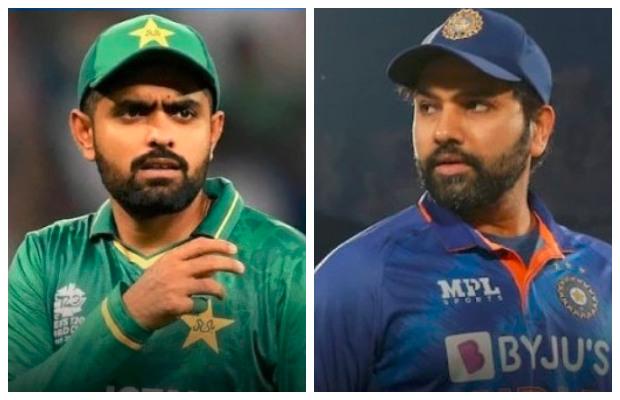 Cricket fans are all pumped up ahead of the high-voltage Pak-India Asia Cup encounter today.

Asia Cup 2022 action-packed match between the arch-rivals will be played today at 7 pm (PST) at Dubai International Cricket Stadium.

We think it’s a 50-50 chance for both sides as both will attempt to kick off the Asia Cup momentum on a winning streak despite the absence of superstars’ bowlers.

As the two major bowlers — Shaheen Shah Afridi and Jasprit Bumrah — will not be available for the match.

India leads Pakistan 8-5 on head-to-head in the Asia Cup, both formats put together.

India is on a three-match winning streak.

Today’s match is going to be Kohli’s 100th T20I, making him only the second player after Ross Taylor to play 100 international games in all three formats.

Both teams are well prepared for the major cricket event as well as the netizens:

Afghanistan register a thumping win on the opening day of #AsiaCup2022.

Who will win Today..?
🌀Rt for ❤️for
IND PAK pic.twitter.com/AcLQjHpDvB

– Who do you think is going to win this Asia Cup any guesses?
Big game tomorrow! #AsiaCup2022 #dubaicricketstadium #PakVsInd pic.twitter.com/U5YxW6FKfY

Virat Kohli Told Star Sports That"The first talk with Babar Azam was after 2019 WC, we sat down & talked a lot, he had lots of respect, that hasn't changed even after doing so well in world cricket – he is so down to earth character, he will go long way as a player".#PakVsInd pic.twitter.com/AseTZCaUdk