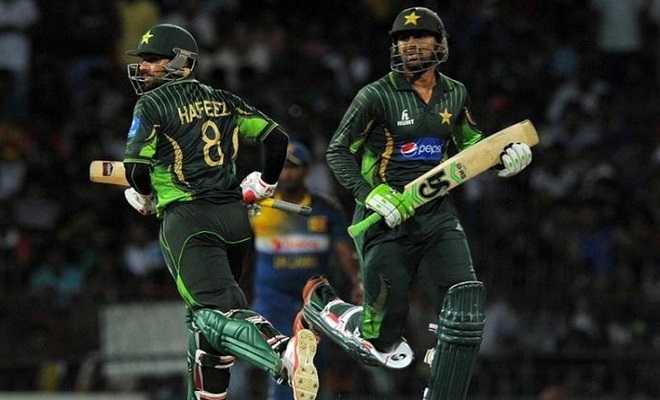 To PCB’s credit, they found an innovative solution despite the tirade of the BCB chairman, whose working philosophy sounds similar to that of former PCB chairman Ijaz Butt. Bangladesh will be playing three T20Is initially. Pakistan were so great under Sarfaraz that despite losing all but one match in 2019, they still remain the number 1 T20 side in the world. If they can play their way to a clean sweep, their run at the top will continue.

Well, sure. Bangladesh are here without their two top cricketers for varying reasons. Perhaps the team management has learned its lesson and the pitch would be suitable for T20 cricket. Unlike what we saw in the Sri Lanka T20I series. Possibly the boundaries would be brought in to 60 metres. Pakistan have enough firepower to clinch the series. But with two World T20 coming up soon, how does the not so distant future look?

Well supremely challenging to say the least. The first tournament will be played in Australia. The size of the ground means you need batsmen who can hit 70 metre plus hits. The bane of Pakistan cricket. Those who have that kind of power in Asif Ali and Fakhar Zaman have not been performing.

Now that Shoaib Malik and Mohammad Hafeez have been brought back, Khushdil Shah, who has shown this ability in domestic cricket, will not get a chance. Add to the fact, Malik and Hafeez’s record in Australia, things look dodgy.

At the top of the order, Babar Azam is one of the best power play batsmen in the world. But post power play, his range is limited. His game is modelled to bat deep. The average of 50 and strike rate of 127 is a testament of his ability to go off brisk starts and then consolidate rather than being an explosive hitting. Ahsan Ali has been brought in as a clean hitter of the ball, yet the strike rate is 129 in domestic T20s.

Mohammad Hafeez’s career T20 strike rate is 116. Shoiab Malik’s hovers around 124. We don’t have the numbers but I would go out on a limb and say that it would drop further against pace bowling especially in Australia.

Iftikhar Ahmed had a good run with the bat in T20Is against Australia. Hence, his strike rate is around 144. However, in a larger sample of all T20s (and not just six internationals), it drops to a humbling, 118. Mohammad Rizwan’s strike rate is below 100.

Does this batting line up fill you with confidence?

The rise in ranking came on the back of excellent bowling performances from Mohammad Amir, Faheem Ashraf, Shadab Khan, Hasan Ali and in parts Rumman Raees. Apart of Shadab, we don’t have any of those bowlers in the squad for varying reasons.

This is a very different side to what Sarfaraz Ahmed and Mickey Arthur had built. Results so far show that the change has been for the worse. The writing is on the wall. Pakistan may scrap past Bangladesh. But scrapping through is not how a team rules a format in cricket.