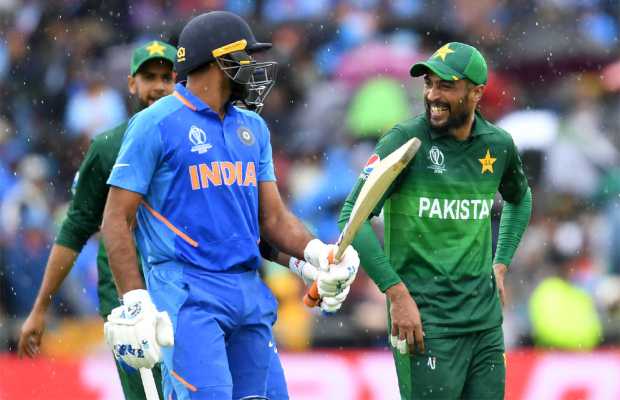 Pakistan and India could soon renew their fabled rivalry on the cricket field, sources claim.

The bilateral cricket relations between the two neighboring countries remain suspended since 2013-14 amid heightened diplomatic tensions.

However, things could change for international cricket in 2021. A news source reports that the Pakistan cricket board has been told to be ready for a bilateral series vs India later in 2021.

There are high chances of the two rivals playing three T20Is during a six-day window.

However, there is yet no official confirmation from the Pakistan Cricket Board (PCB).

“We’ve been told to be prepared,” a PCB official was quoted as saying by Daily Jang.

However, PCB Chairman Ehsan Mani has rejected speculations that quote him of being in talks with the  Indian Cricket Board BCCI for a potential resumption of bilateral cricket relations between the two countries.

Though the one-on-one series between Pakistan and India remain suspended, the two have faced each other in International tournaments.

last time it was the 2019 ICC Cricket World Cup when these two neighbours locked horns and India won by 89 runs en route to the semi-finals.

Well, do keep in mind that this year’s T20 World Cup in India is scheduled for October.

In this context, according to Indian media, the Board of Control for Cricket in India (BCCI) has written a letter to the ICC assuring it that in October-November, cricket fans, media personnel, and team and related management coming from Pakistan Will be issued a visa with all facilities.

The report also said that the concerns of the Pakistan Cricket Board (PCB) would be discussed at the ICC Executive Board meeting on March 31 and April 1.

On the other hand, PCB sources said that the Pakistan team is very busy this year, but if there is a breakthrough in playing cricket series between the Pakistan and India governments, then a six-day window could be opened for three T20 matches.

“It is not possible to hold the Asia Cup (in Sri Lanka) this year,” Mani told as quoted by the daily. “There was a tiny window in June but we are playing Pakistan Super League’s remaining matches and also India are playing the World Test Championship final against New Zealand in that period. They have to do a two-week quarantine in England before playing the final. So, India too is busy.”